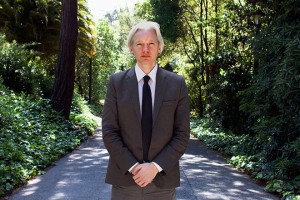 Whether you think that this week’s massive leak from WikiLeaks was heroic or evil, you really need to read this fascinating timeline of its publication put together by the Columbia Journalism Review. While the story of how Pfc. Bradley Manning copied and disseminated the material and was then captured has become common knowledge (especially now that The Daily Show hilariously skewered the whole situation last night), the series of events that led to WikiLeaks, The Guardian, The New York Times, and Der Spiegel simultaneously publishing their accounts of the material is less widely known. For media junkies, the “behind closed doors” accounts of the different news outlets working together with the renegade website might be just as interesting as the leaked documents themselves.

The article details how the whole thing started because Nick Davies of The Guardian read stories in June about the massive amount of secret Afghanistan cables that WikiLeaks apparently had. He managed to track down WikiLeaks illusive founder, Julian Assange, and together they formed the plan for WikiLeaks to allow the three newspapers to access and interpret parts the materials early. Soon reporters from America and Germany were travelling to London for a race against time to analyze the contents of the leak before a jittery Assange published them first (he was apparently worried that, following Manning’s arrest, he or other people at WikiLeaks might face problems with the law soon after). They all worked together while keeping the project as secret as possible.

From the Columbia Journalism Review:

“…in Washington, Times reporter Eric Schmitt had just returned from a reporting trip to Iraq. Dean Baquet, his bureau chief, advised him of a quick turnaround to undertake a ‘special project’ in London. Schmitt says he was briefed by Keller, and touched down in London late Saturday, June 26. After a Sunday lunch with David Leigh, The Guardian’s investigations editor, Schmitt was shown to a room that the journalists analyzing the documents would come to call ‘the bunker.’

The room—tucked away on a floor used by The Guardian’s advertising staff, deliberately out of view of curious newsroom eyes—featured two rows of a half-dozen or so desks, facing each other. A floor to ceiling window looked across The Guardian’s office building.

Davies was having further discussions with Assange in Stockholm, and, until Monday when he joined the staff in the bunker, was somewhat out of touch with the effort he had kicked off in London.

‘At this stage, we were still working in this state of anxiety, and I was not having phone calls with the U.K. If the NSA and our GCHQ were doing their jobs, they should have been trying to figure out what WikiLeaks would leak next,’ says Davies.

When John Goetz, a Der Spiegel reporter, was first told of the invitation to come to London, the atmospherics were similar.

‘My boss said there was an exciting project with a lot of secrecy. We weren’t supposed to talk on the phone,’ remembers Goetz. ‘There was a lot of stuff that wasn’t clear. At that point, there was a real concern about security. You couldn’t write e-mails, and people were talking about encrypted phones.’”

The rest of the post explains the problems that all of the reporters had deciphering the encrypted material as well as giving interesting descriptions of Assange and his input in the proceedings. All in all, it’s a fascinating read and we highly encourage you to check it out.