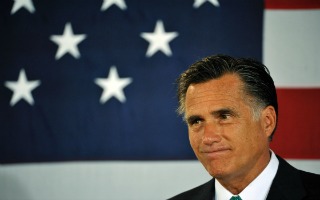 On Thursday, conservative opinion leaders came out in force to admonish Republican presidential candidate Mitt Romney’s campaign for, among other things, fumbling the gift they were handed by the Supreme Court decision which declared the mandate within President Barack Obama’s health care reform law a tax. The Wall Street Journal editorial board and The Weekly Standard editor Bill Kristol make up the vanguard of Republicans strongly criticizing Romney’s lackluster campaign.

An editorial by the Wall Street Journal’s editorial board sharply criticized Romney and his campaign. Staffed at the highest levels by Massachusetts-based operatives close to Romney since his term as governor, the WSJ editorial refers to Romney’s campaign advisors derisively as the “Boston boys.”

“If Mitt Romney loses his run for the White House, a turning point will have been his decision Monday to absolve President Obama of raising taxes on the middle class,” the editorial read. “He is managing to turn the only possible silver lining in Chief Justice John Roberts’s ObamaCare salvage operation—that the mandate to buy insurance or pay a penalty is really a tax—into a second political defeat.”

This latest mistake is of a piece with the campaign’s insular staff and strategy that are slowly squandering an historic opportunity. Mr. Obama is being hurt by an economic recovery that is weakening for the third time in three years. But Mr. Romney hasn’t been able to take advantage, and if anything he is losing ground.

The editorial also foresees the Romney campaign flubbing what they view as a simple response to President Obama’s reelection team’s latest salvo – attacking Romney for his summer vacation, his business experience and his sheltering income in tax havens.

Team Obama is now opening up a new assault on Mr. Romney as a job outsourcer with foreign bank accounts, and if the Boston boys let that one go unanswered, they ought to be fired for malpractice.

Kristol joins the the Wall Street Journal editorial’s in criticizing Romney’s campaign. In an opinion piece on Thursday, wonders if Romney will be yet another losing Massachusetts candidate along the same lines of John Kerry and Michael Dukakis.

Adopting a prevent defense when it’s only the second quarter and you’re not even ahead is dubious enough as a strategy. But his campaign’s monomaniacal belief that it’s about the economy and only the economy, and that they need to keep telling us stupid voters that it’s only about the economy, has gone from being an annoying tick to a dangerous self-delusion.

Kristol gives voice to a compliant that has been prevalent among both Romney’s supporters and his opponents – the former governor cannot win the presidency by simply presenting himself as “not-Obama.” Romney needs to present a coherent plan to voters to serve as a reason for them to cast their votes for him rather than simply against the President.

So far, the Romney campaign doesn’t resemble the Clinton campaign. It seems to be following more comfortably in the tradition of the five post-Cold War Republican presidential candidates who preceded Romney. They received 37.5 percent, 40.7 percent, 47.9 percent, 50.7 percent, and 45.7 percent of the vote, respectively. The average GOP presidential vote in these last five elections was 44.5 percent. In the last three, it was 48.1 percent. Give Romney an extra point for voter disillusionment with Obama, and a half-point for being better financed than his predecessors. It still strikes me as a path to (narrow) defeat.

President Obama is running from the economy which has stalled under his tenure. It is a tough road to convince voters that things could have been worse — trying to prove a negative is difficult for any social scientist and near impossible for a politician. However, the Romney campaign’s series of unforced errors are leaving the Republican candidate’s supporters uneasy. While they think it will be hard for Obama to win in November, it is far easier for Romney to lose. So far, the former Massachusetts governor is off to a rocky start.