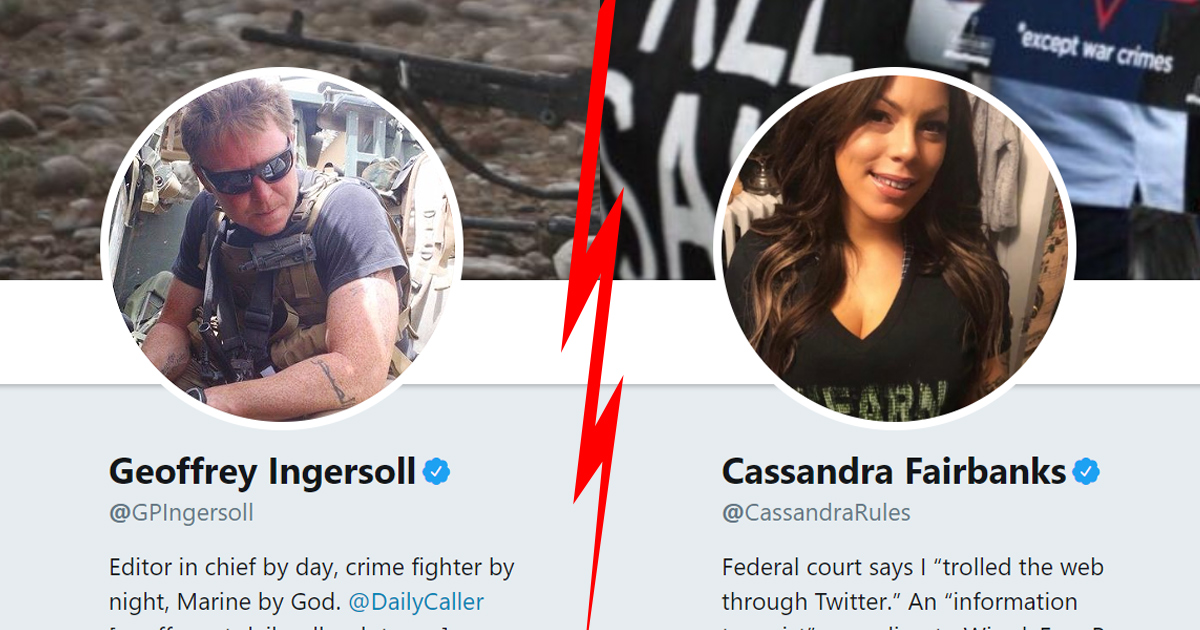 Daily Caller editor in chief Geoffrey Ingersoll took things to the next level in an online feud with Gateway Pundit writer Cassandra Fairbanks, and faced Twitter backlash after his vulgar retort.

The tweet that is causing the uproar, and which has the most inflammatory quotes, is the one below, but it’s not where the feud started.

By the way, maybe cut down. You’re blowing up. https://t.co/v7eLhcFe7V

That’s a quote retweet, and following the threads back, it seems the kerfuffle actually started with this tweet from Fairbanks.

We don’t suck up to political powers, they say, as the deep states dick glides down their throat pic.twitter.com/SPtYQyfzIi

The second screenshot shows a tweet from the Daily Caller with an image of recently arrested Wikileaks founder Julian Assange, with the line “what year is it,” an obvious joke about his appearance.

Fairbanks, and the Gateway Pundit style of MAGA Republican in general, are apparently not thrilled with criticism of Assange or jokes at his expense, as he is somewhat of a folk hero for the documents and emails released in 2016 that hurt Hillary Clinton‘s chances of winning against Trump.

It was to that tweet about the “deep states(sic) dick” that Ingersoll quote-retweeted, and the race was on.

You got your start as a dingleberry hanging off the ass of the Kremlin. https://t.co/1Kafdahk66

Someone come get your drunk neocon uncle, he’s embarrassing himself.

Dude, don’t drink so much. You can’t afford it on your salary. https://t.co/FvzXwYIwtD

It continued from there on Friday night. On Saturday, Twitter readers began responding to the battle, and Ingersoll was accused of a “sexist, misogynist tirade” by Big League Politics.

Many of the replies on Twitter include the hashtag #FreeAssange. Very few replies were in support of the now-deleted “cock bacon” tweet.

Editor: The headline of this post has been updated to better reflect the views of Cassandra Fairbanks.