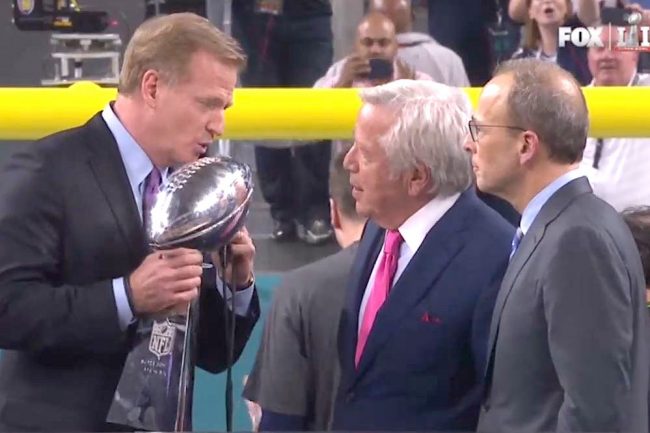 The parallel was inescapable. It truly was, in a manner of speaking, deja vu all over again.

Not even three months removed from Donald Trump‘s stunning election night victory, in which many forecasters put his chances of winning in single digits, Super Bowl LI featured a comeback that seemed to be even more statistically remarkable. The New England Patriots, down 28-3 late in the third quarter, roared back to stun the Atlanta Falcons 34-28 and win their franchise’s fifth Super Bowl title.

Just as on election night, the win probability models failed to predict the outcome.

Atlanta has a 99.3% chance of winning, per ESPN. That’s where we had Trump’s chances in Pennsylvania at 1:10AM on Election Night

The Falcons’ win probability, per ESPN’s statistical model, actually got as high as 99.6 percent at one point. But quickly, the comeback was on. And so too were the election night flashbacks:

Wait why haven’t they called Florida yet

I mean the only real similarity between the election and tonight is that no one knows what the word “probability” means.

Right now we are at the Stage of the #SuperBowl where Florida, North Carolina, and Ohio has been called and the unthinkable may happen.

Jill Stein is challenging the ruling on the field

This is basically Election Day x2?

its election night all over again

This is how I felt on election night. #SuperBowl

This game suddenly feels like a 538 poll on election night.

WHAT ARE THE 538 ODDS RIGHT NOW

This is the part of the game where Comey announced he’s reopening his investigation of the Falcons. #SuperBowl

And mentions of Russian interference: