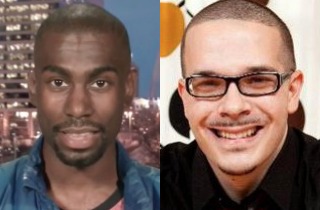 Grassroots activist Deray McKesson and NY Daily News columnist Shaun King have been among the most notably figures within the various social justice movements associated with #BlackLivesMatter. However, the two activists seem to have broken off their relationship after sparring with each other last night on Twitter.

In a report from The Daily Caller, the rift began when McKesson was blocked by King on Twitter after asking about the latter’s planning and management of funds for his charity organization, Justice Together. King recently shut the charity down and promised to return its received donations, but donors have reportedly accused the organization of mismanaging their funds, and want to know how their money was used.

McKesson, who sat on Justice Together’s board of directors, claimed that the move came as a surprise to him, and between the accusations and King’s refusal to answer questions, McKesson took to Twitter to raise questions about King’s integrity and trustworthiness:

I’ll keep this brief, but I’ll begin by saying that @ShaunKing blocked me when I asked questions re: planning/money re: JusticeTogether.

Y’all know, I’ve always been @ShaunKing‘s biggest defender, ever since he wrote that article re: the distance between DW and MB’s body. — deray mckesson (@deray) December 13, 2015

But, as a former board member of JusticeTogether, I didn’t know about the money or about the abrupt end. I had/have questions.

.@ShaunKing‘s reporting has been important to the movement, it has. I’ll never deny that. I considered him a friend. But integrity matters. — deray mckesson (@deray) December 13, 2015

But @ShaunKing, you have a way of deflecting any questions about your integrity by attacking others, which is what you did tonight.

And before I ever tweeted anything about JusticeTogether’s end, I texted @ShaunKing first and then called. He sent me to voicemail. — deray mckesson (@deray) December 13, 2015

While King’s tweets have been deleted, Hip-Hop Wired kept record of King’s Twitter argument, where among other things, he jabbed at McKesson by saying that he attended socio-political events in order to mingle with VIPs and politicians, rather than to advance the movement:

Brietbart noted that McKesson countered King’s argument with another series of tweets:

When we are at the White House or with celebrities, they aren’t photo-ops. We are always talking about the movement & black folks.