Does This New Pokémon Remind You of Anyone?

There have been a ton of big video game announcements at E3 this week, including the reveals of some brand-new Pokémon for the new 3DS games, Sun and Moon. One of the new Pokémon is called Yungoos. Take a look at a picture and tell me if this reminds you of anyone. Anyone at all… 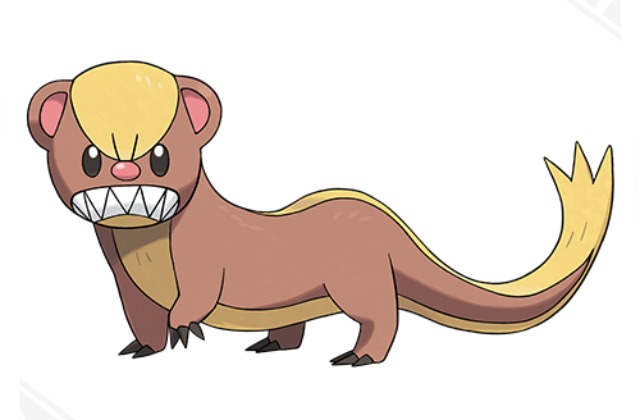 Need a hint? Well, imagine that yellow patch is a combover… yeah, there you go.

A lot of people online noticed how much this new Pokémon looks like Donald Trump:

Someone in Twitch chat said Yungoos looks like Donald Trump but he LITERALLY DOES. pic.twitter.com/dPuStqv8Yz

rt if u think yungoos should learn trump card

But if you think the similarities with The Donald are limited to appearance, check out the description of Yungoos on the Pokémon website and tell me this doesn’t sound like Trump:

Some Yungoos have an Ability that no other Pokémon discovered has previously had. This Ability is known as Stakeout. With the Stakeout Ability, this Pokémon’s moves can deal twice the normal damage to any Pokémon that switch in or enter the field mid-battle. [Editor’s note: sound like the primaries to you?]

Since this Pokémon is so common in the Alola region, it’s easy to catch one. But this Pokémon has a terrible temper when it’s hungry—and it demands a whopping amount of food.

Oh, and such tiny claws too…