Alright, let’s work backwards on this one.

That led to the story being made the headline on The Drudge Report with triumphant headline “GREAT AGAIN: +235,000” and a link to Bloomberg.

That in turn led to the president retweeting the Drudge Report tweet, racking up thousands of retweets.

Bloomberg then ending up writing a story about Trump’s retweet of the Drudge Report: “Trump Points to Drudge’s ‘Great Again’ Praise of New Jobs Report.”

But then Drudge changed his headline so that it now links to the second Bloomberg story. 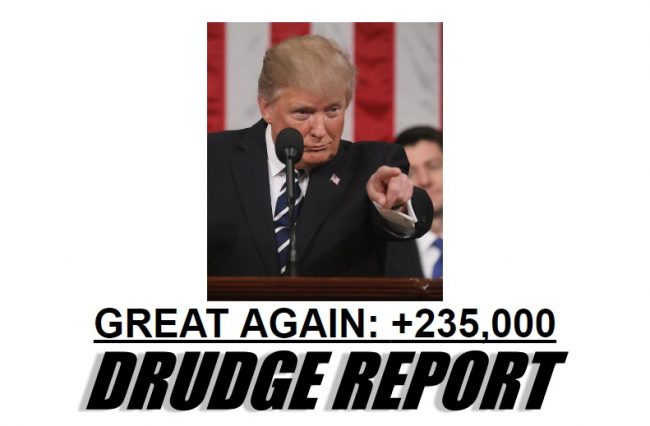