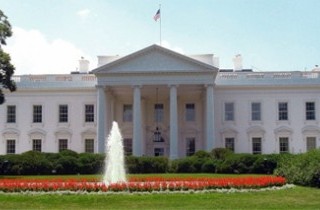 Does the whole President-meeting-off-the-record-with-journalists-thing bother you?

Or is it just me?

Earlier this year, President Obama privately sat down with the primetime lineup of MSNBC to talk about selling his tax plan to the American people. Those journalists, or pundits, or hosts, or personalities, or however the hell we define those who host cable news shows these days, weren’t there for an interview, they were there for instructions. And anytime a sitting President enlists those in media to help sell anything via their respective platforms, I don’t hear journalism anymore. I hear ShamWow Guy.

On Tuesday, several respected conservative media members went to the White House for an unannounced meeting with the President. Not unlike the aforementioned MSNBC crew, all agreed not to reveal any details of those discussions, which obviously focused on the partial government shutdown and upcoming debt ceiling discussions (or lack thereof). Prominent names at the get-together included Charles Krauthammer (Washington Post/Fox), Byron York (Washington Examiner/Fox), Paul Gigot (Wall Street Journal/Fox), Kathleen Parker (Washington Post) and Robert Costa (National Review).

“But Bush did it too!” will be a popular sentiment in the comments section below. Totally true, as did President Clinton and others before him. That still doesn’t make it right.

You know what would be nice? A journalist who is invited to such an event and says no out of respect to his or her profession. The one who says, “Sorry, Mr. President. Unless I can tell my audience in advance about said meeting, and unless I can ask you questions that I can share the answers to with said audience afterward, I respectfully decline.”

In case you haven’t noticed, there are more than a few egos floating around in media today. Some get into the business for the storytelling aspect, for the excitement of chasing down an exclusive, or simply for the unpredictability that comes with every day on the job. But more and more often now, there are those who are in the game strictly for the adulation, the car service and makeup, the worship-factor, the constant approval from those at home hanging on every word, every Tweet, every friend request sent.

So when the President calls—doesn’t matter whom or from which party—and says, “Come over to 1600 for a 90-minute chat because I really need to get your esteemed opinion, off the record, of course, on a few things…”–well, that’s just another perk of the job, another feather in the cap, another story to share with envious co-workers who could only dream of gaining that kind of audience.

If you said a few weeks ago that Mr. Obama had spoken to the President of Iran and hosted (on his terms) a leading conservative like Charles Krauthammer at the White House, well, you know how this sentence ends…

But meeting with John Boehner and Republicans to negotiate on the debt ceiling? To negotiate on, say, delaying the individual mandate?

As you can see, the President has a very busy schedule.

It’s just wishful thinking, but if any President needs advice on policy…

There are these people within administrations called “advisors” who can help handle this sort of thing. In fact, many of them are ex-“journalists” (15 and counting in the Obama administration alone, easily a new record).

“Advisor to the President.”

Just add that to the job description of journalists, or pundits, or hosts, or personalities…

Or whatever the hell we’re calling those who write political columns or host cable news or radio shows these days.