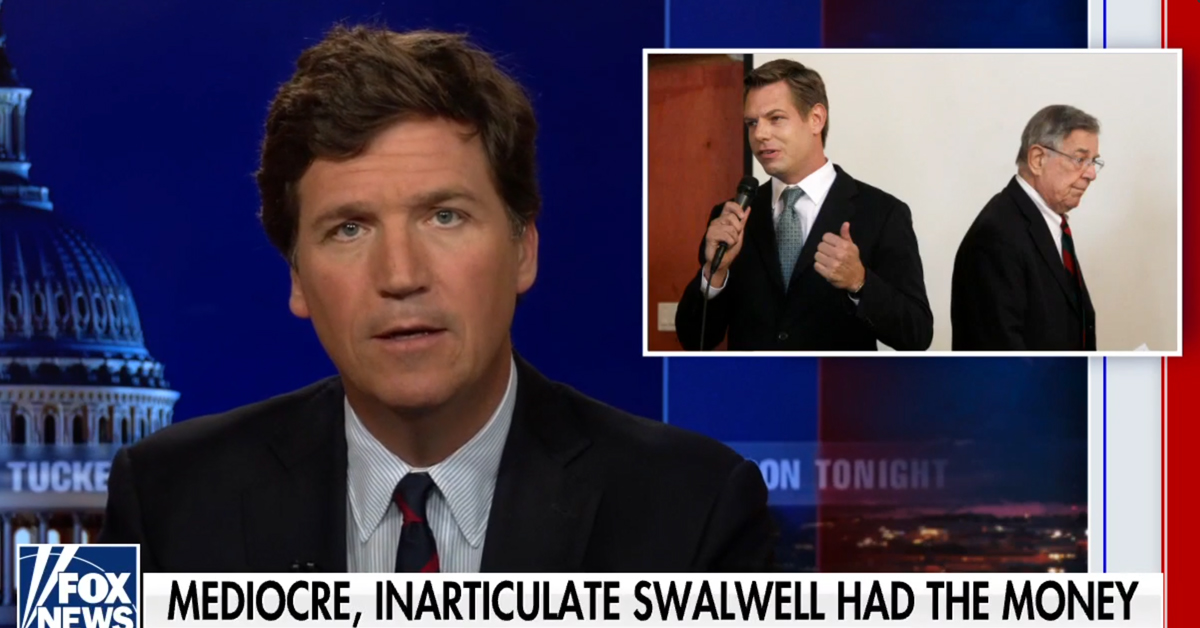 Rep. Eric Swalwell has been a frequent subject of derision on Tucker Carlson‘s Fox News show over the years, and not in a flattering way. There is no love lost there, and on Friday, the California congressman tweeted a screenshot that shows an irritated text exchange.

“After years of lying about me and my family,” Swalwell wrote, Carlson “is losing his mind that I won’t return his calls. Sorry, Tucker, I’m just not that into you. Who knows what lie he’ll tell next?”

He included two screenshots, one of which allegedly shows Carlson calling Swalwell a “coward.” 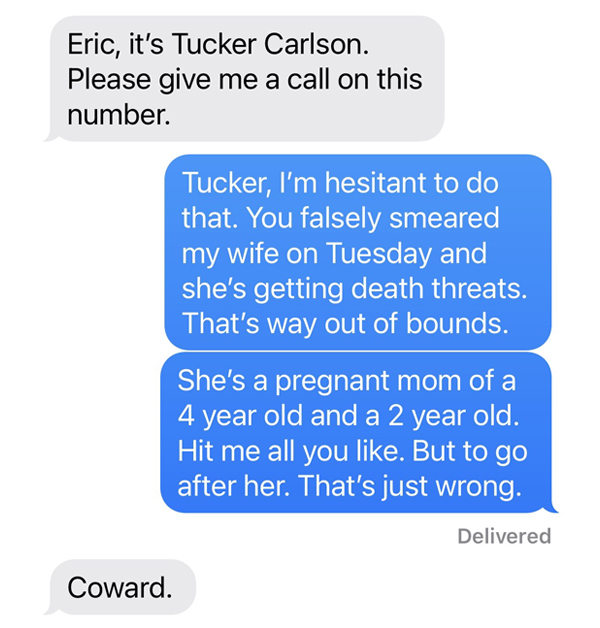 After years of lying about me and my family, @TuckerCarlson is losing his mind that I won’t return his calls. Sorry, Tucker, I’m just not that into you. Who knows what lie he’ll tell next? #TuckerTantrum pic.twitter.com/vwX7AfwJ1Z

The tweet included the hashtag “#TuckerTantrum,” which was trending for hours on Saturday.

The segment that Swalwell referenced in his tweet aired Tuesday. Titled “Eric Swalwell has a problem with money,” the segment included a reference to the congressman’s wife.

“Most interestingly on the disclosure form, more than $20,000.00 of Eric Swalwell’s campaign expenditures went to the Ritz Carlton Hotel in Half Moon Bay, California,” Carlson said. “Now, weirdly or maybe not so weirdly, Eric Swalwell’s wife is an executive at that very hotel.”

There’s no word on any further replies in the texting thread at this time. But we’ll be sure to let you know if the snippy texting scandal grows.