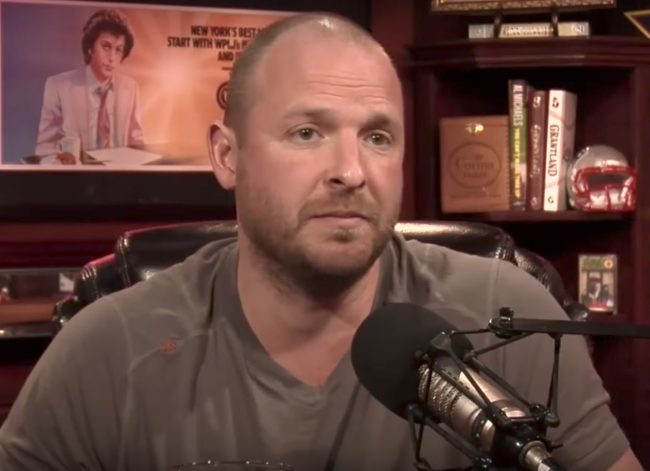 ESPN Radio and TV host Ryen Russillo was arrested early Wednesday morning for allegedly forcing his way into a Wyoming condo while drunk.

According to The Hollywood Reporter, Russillo, host of The Ryan Russillo Show, was found passed out in the bedroom of the condo at approximately 3:30 a.m. Wednesday. He apparently believed the condo was his.

The report goes on to say that Russillo did not break into the dwelling, as he entered through an unsecured door. But he did reportedly refuse to leave when the residents asked.

The AP reports that Russillo posted $250 bond on Wednesday evening and was released. He has been charged with criminal trespassing.