Estate Taxes And The Cliff: Would You ‘Pull… The Plug On Grandma To Save Tax Dollars?’

Estate Taxes And The Cliff: Would You ‘Pull… The Plug On Grandma To Save Tax Dollars?’ 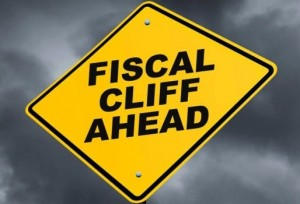 With all the talk of what will happen when the U.S. goes over the fiscal cliff, one particular detail has been left out of the national discussion: the estate tax (a.k.a. the “death tax”). Currently the estate tax is set at 35 percent, and exempts any estate worth up to 5 million dollars from having to pay. But when the nation goes off the cliff next week, the exemption will drop down to estates valued at up to a million dollars and the rate will jump from 35 to 55 percent. This all inspired CNBC’s John Carney to wonder: are rich people pulling the plug on granny en masse to avoid paying higher taxes?

RELATED: Marco Rubio To Hannity: Even If You Raise Taxes On The Rich By 100 Percent, It Won’t ‘Solve Anything’

Carney acknowledges the implications of this question, but makes some serious points giving some legitimacy to the claim.

If the life of an elderly wealthy family member extends into 2013, the tax bills will be substantially higher. An estate that could bequest $3 million this year will leave just $1.9 million after taxes next year. Shifting a death from January to December could produce $1.1 million in tax savings.

It may seem incredible to contemplate pulling the plug on grandma to save tax dollars. While we know that investors will sell stocks to avoid rising capital gains taxes, accelerating the death of a loved one seems at least a bit morbid—perhaps even evil. Will people really make life and death decisions based on taxes? Do we don our green eye shades when it comes to something this serious?

He cites examples of people purposefully delaying their deaths in order to live through significant dates, and of parents deliberately making sure children were born on a certain date to be eligible for a government-offered bonus. In particular, he brings up death elasticity, an actual term used to describe the act of changing the timing of death to coincide with changes in estate tax rates.

But lest you think it’s all greedy heirs and beneficiaries trying to pull the plug, Carney highlights a 2008 paper finding that the patients themselves will voluntarily decide to end their own lives early in order in exchange for “large financial implications for their kin.”

Carney acknowledges a lack of formal academic work on the issue of death elasticity, but it’s still an interesting phenomenon to contemplate, the idea of settling on your time of death in order to give the maximum financial benefit to one’s heirs. Would you make that decision for your family if put in that position?