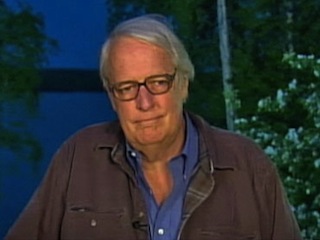 Over at Big Journalism, Andrew Breitbart has posted an email purportedly from Joe McGinniss that seems to show that even he didn’t think he had enough facts to back up the controversial claims in his Sarah Palin book, The Rogue. The alleged smoking gun is a list at the end of the email in which McGinniss names all the rumors from his book that he still needs “factual evidence” for. As Breitbart points out, nearly all of these rumors still ended up both in the book and McGinniss’ recent television appearances. Ironically, though, in trying to nail McGinniss for allegedly spreading unfounded rumors, Breitbart does the same, printing a Todd Palin rumor that didn’t end up in McGinniss’ book. In a Mediaite exclusive, McGinniss authenticates the Breitbart email, but says it’s not the smoking gun Andrew thinks it is.

The email, for which Breitbart provides no source or attribution (although McGinniss has authenticated it for us. More on that later), was allegedly sent back in January to Jesse Griffin, the head of a now-defunct anti-Palin blog. In it, McGinniss complains to Griffin that she needs to give him better proof for some of the juicy stories on the blog or else he can’t include them in the book. Nearly all of the email discusses a rumor that Todd Palin paid for sex with a prostitute named Shailey Tripp.

A lurid, sensational, defamatory story about Todd, based only on the account of a woman charged with prostitution, who is no doubt desperate for money, and who sold her story to the Enquirer, is a gift from heaven for Sarah.

Jesse, you can ridicule Sarah for calling in to the execrable Bob & Mark, but the fact is that as far as this story goes, there’s no there there. And rumors about what might come in weeks ahead are not facts. In fact, they’re garbage.”

As Breitbart admits, the Tripp story never ended up in the book. So, it might seem that this “explosive email,” as Big Journalism’s headline calls it, isn’t quite as exciting as would seem. McGinniss heard a story, realized he didn’t have enough proof, emailed a source saying there wasn’t enough proof, and took it out. However, Breitbart goes on to point out that the end of the email contains a list of other rumors that McGinniss kept in.

“No one has ever provided factual evidence that:

a) Todd had sex with a hooker, or with anyone else outside his marriage.
b) Sarah had an affair with Brad Hanson, or anyone else.
c) Track was a druggie who enlisted in the army to avoid a jail term. Or that he vandalized Wasilla school buses.
d) Willow was involved in the vandalism of the empty house in Meadow Lakes. Or that Sarah rushed back from Hawaii to put the lid on that.
e) Trig is not Sarah’s natural born child.
f) Bristol was promiscuous as a high schooler and drank and used drugs, or became pregnant again after Tripp’s birth.”

Everything except the hooker story is in the book. That means that Breitbart, in publishing this email, is amplifying a rumor that even McGinniss didn’t think was fit to print.

We reached out to McGinniss to ask if Breitbart’s email was the real thing, and how he responds to the accusation that it’s a smoking gun:

My email to Jesse Griffin was an effort to secure Alaskan help in obtaining further corroboration of allegations about Sarah Palin that came to my attention during my research. My reporting continued beyond the date of the email, and only information that checked out to my satisfaction and that of my publisher was included in the book. Ultimately, I published only those allegations which I found to be credible. Other allegations that could not be sufficiently verified, including some of those referenced in my email, are not in my book.

While everyone in the media has already derided the book as gossip and even Bill Maher and Keith Olbermann are defending Palin over it, an apparent overreach like Breitbart’s serves only to distract from legitimate criticisms of The Rogue, and its author.