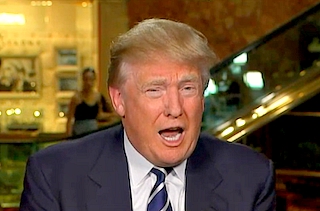 Donald Trump has said that as president he would be “the best for women.” Few may be better qualified to assess that claim than Barbara A. Res, an engineer and attorney who worked for Trump from 1978 to 1996.

Res penned an op-ed in the New York Daily News published Tuesday, which chronicles her 18-year career working for Trump, and observes the way he transformed from a hands-on businessman, “a very rich but otherwise ordinary man,” to a TV celebrity enclosed by an entourage of yes-sayers and sycophants.

Res recalls that when Trump hired her, he praised her as a “killer.” She wrote:

He said men are better than women but a good woman is better than 10 men. Feminists might call this sexism. I don’t. Put into the context of the times, Trump was just making sense of a social reality. Women had to be twice as good and work twice as hard as their male counterparts to get anywhere

Although Trump told her that being liked was a sign of weakness, Res remembers how over the course of her tenure, she observed “his growing need to be coddled and agreed with.”

While wanting to be liked was a vice in me, Trump will tell you that everyone likes him. This is not the case. He can be very charming and ingratiating, but he is not nice. In my experience, he is nasty to the people who work for him. He can be very abusive and curt. He has an incredible temper and he lashes out at everyone, including Ivana.

Of all the people I know who worked for or with Trump, including contractors, lawyers, architects, employees, only a very few actually like him. Some respect him, some don’t. Many hate his guts.

Trump did not ever discriminate in his hiring, she noted, but that did not stop him from making lewd comments about women’s appearance:

Trump says he loves women and I suspect he does, in his own way. But his public denigration of women and his association with objectifying activities like Playboy and pageants have the overall effect of blunting any assertion that he is not sexist, regardless of how many women Trump has hired.

In the final analysis, though, it is not Trump’s vanity, his boasting of his intimacies with attractive women, his bawdy remarks, or his habit of populating his offices with “only the most beautiful secretaries,” that determines whether or not Trump would be “the best for women,” in Res’s eyes. It is his policies. She concludes:

He is against reproductive freedom. He is against raising the minimum wage to a fair and equitable rate. He wants to do away with the Affordable Care Act. He wants to deport unregistered aliens. All of these issues impact women profoundly. Even a cabinet full of women would not mitigate the disastrous effect implementing his proposals would have on the welfare and progress of women in our country. No, Donald Trump is not great for women and therefore not right for the United States.