Fox News Chief Roger Ailes: ‘The President Has Not Been Very Successful’ 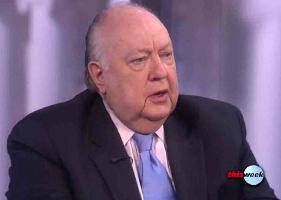 Roger Ailes, the leader of the highest rated, and arguably most influential cable news outlet, recently chose to grant an exclusive interview with The Daily Beast‘s Howard Kurtz, and shared sharp criticisms of President Obama. Yes, shocker, Ailes isn’t a big fan of this administration.

Fox News will tell you, over and over again, that they are are not partisan advocates nor a political operation, despite the fact that their highest rated programs all seem to have a right-of-center tilt. And it’s true, there is a solid news operation within Fox News, and most who work there will tell you that theirs is a clearly cut and bifurcated system of opinion shows and news shows (and never the twain shall meet).

So some might find it odd that in the interview with Kurtz, Mr. Ailes (whom we labeled “The Most Powerful Political Person in America” well over a year ago) would openly critique the sitting president:

“The President has not been very successful,” the Fox News chairman says in a lengthy interview. “He just got kicked from Mumbai to South Korea, and he came home and attacked Republicans for it. He had to be told by the French and the Germans that his socialism was too far left for them to deal with.”

The 70-year-old Ailes, dressed in a lavender shirt and tie, goes on in this vein, saying the network isn’t singling out Obama for criticism but that its style “tends to be more direct” in challenging presidents. Then he offers this observation about Obama:

“He just has a different belief system than most Americans.”

Fair and balanced? Or perhaps just a frank rebuttal to an administration that has, at times, seemed rather obsessed with the power of Fox News? The list of anti-FNC salvos coming from Obama and White House staff is lengthy. If so, the journalistic integrity that Ailes claims for his network would seem to demand he resist the urge to join that fight. Nonetheless, it is noteworthy for the the head of a news outlet to speak so openly about a sitting president’s failings, and is certain to fuel speculation on the left that Fox News is biased in their coverage of Obama.

The truth is that, thanks to the pioneering style of Mr. Ailes, we now find ourselves in a brave, new, and post-modern world of journalism, where the venn diagram of opinion, fact, and meaning all overlap in new and interesting ways. Ailes is probably most responsible for shaping this new “opiniotainment” construct, for which he has received both praise from supporters and blame from the Ted Koppel set.

There are lots of other great details within Kurtz’s rare and candid interview with the head of Fox News.

On the political donations of his staff:

Ailes says he bars his hard-news journalists from making political contributions, but merely discourages the practice for commentators and talk-show hosts. It can “disrupt the appearance of integrity. You have a responsibility not to make your colleagues look like a horse’s ass.”

What about Beck’s other inflammatory outbursts, such as calling Obama a racist? Ailes says that everyone who ad libs for a living makes mistakes. But admits to asking Beck to watch his tone: “He and I have had conversations and lunches where I say, ‘What the hell are you doing, man?’…

On featuring multiple points of view:

Sipping coffee from a “Fair & Balanced” mug, Ailes insists that his channel lives up to the logo in its treatment of the administration. “We are not interested in savaging them. We are interested in the truth. We’re interested in two points of view; most networks aren’t.”

And perhaps its also worth noting that its odd that Ailes would find time to sit down with Kurtz, a reporter who has made a fair amount of hay criticizing Fox News, and has been himself attacked by Fox News pundits for being unfair and a “partisan hack”. Good to see that Mr. Ailes doesn’t take his cues on relations with the press from Bill O’Reilly.