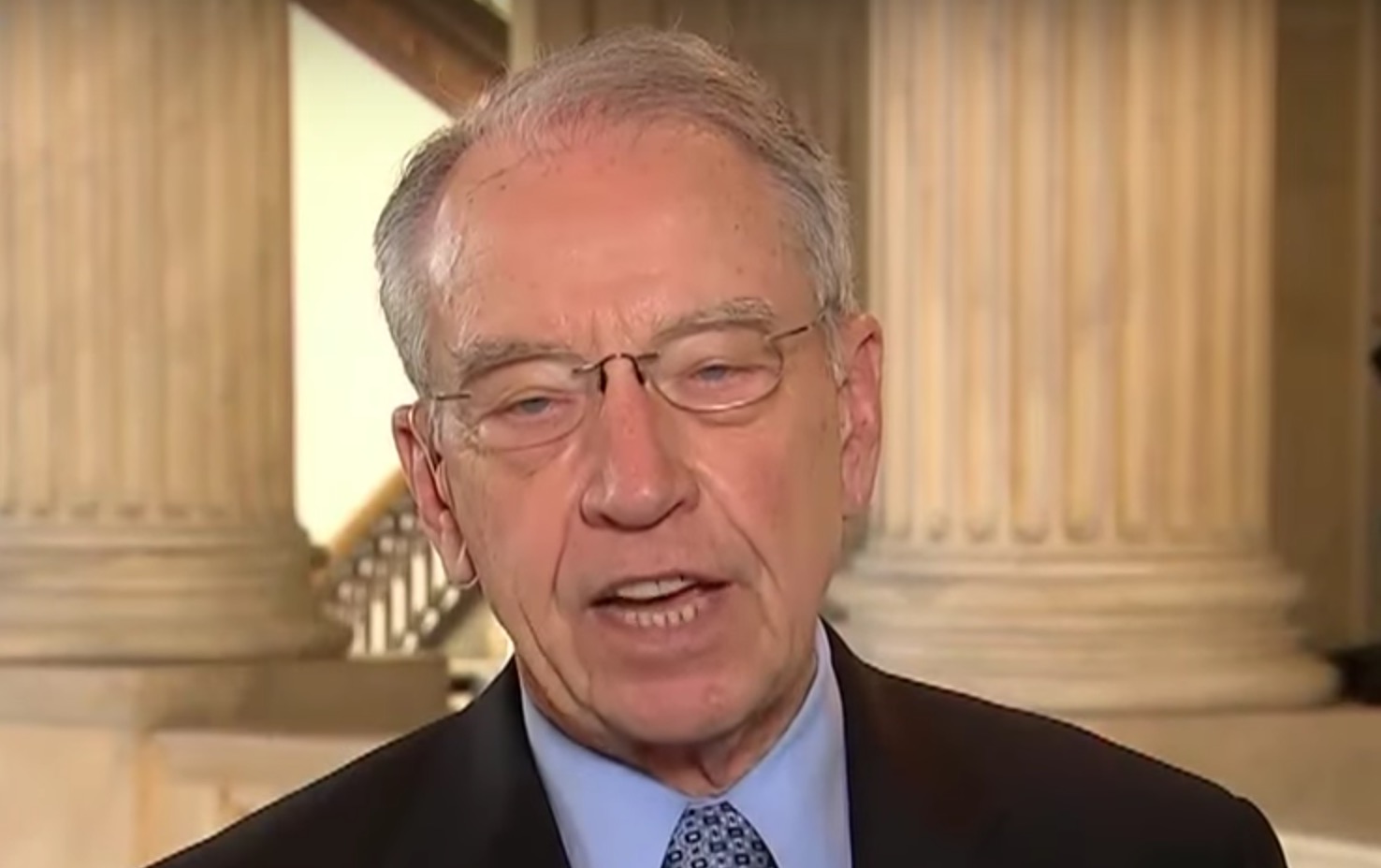 Lawyers for Fusion GPS slammed Sen. Chuck Grassley for endangering the lives of the firm’s employees after the Republican chairman of the Senate Judiciary Committee made public a letter identifying a number of its staffers.

In a response sent to Grassley, the Fusion GPS lawyers blasted the senator — as well as his colleague Sen. Lindsey Graham — for revealing the names of Fusion GPS employees, “even after we had requested – in writing – that the names of employees not be disclosed to the public because of well-founded concerns about their public safety.”

The letters — published last week on the Judiciary Committee’s website — requested information on communications between those staffers and Obama administration officials as well as the Fusion GPS employees.

“We have explained to your staff on multiple occasions that Fusion GPS has received threats to its company, its property and its employees, and that counsel has reported these matters twice to the police,” the Fusion GPS lawyers wrote.

The lawyers also noted that Fusion GPS co-founder Glenn Simpson provided the employees’ names in a voluntary interview with the Committee, but told Grassley’s staff that they “wanted to protect the identities of these employees, due to the foregoing safety concerns.”

In November, the lawyers submitted a written request to the Committee asking that they not release the names.

“Ignoring our requests, your office knowingly put these people in danger, by releasing their names,” the lawyers wrote. “These leaks are unauthorized and unethical.”

Sen. Diane Feinstein, the top Democrat on the Judiciary Committee, redacted the names when she released a transcript of Simpson’s interview in January.

The letter goes on to accuse Grassley’s office of leaking information from the investigation to the press, before landing on a blistering conclusion that makes room for a shot at the Wall Street Journal opinion pages:

“We are disappointed that your office would place politics over the safety of Americans and their families. Some of these employees are not yet 30 years old. Others have children. We all hope and pray that nothing happens to these good people, simply because of your office’s labored efforts to defend this president or please the editorial pages of the Wall Street Journal.”

Fusion GPS drew the attention of House investigators looking into Russia interference in the 2016 election, as the oppo-research firm that produced the Christopher Steele dossier, which contains unverified allegations about President Donald Trump’s ties to Russia. The dossier was paid for in part by Clinton’s campaign and the DNC.

In response to the Fusion GPS lawyers, Grassley’s spox Taylor Foy defended the senator by stating that while his office did make the names public, they did not explicitly tie them to the firm.

And while it is true that Grassley’s letter did not explicitly identify the names as Fusion GPS employees, that apparently was not required: Daily Caller reporter Chuck Ross was able to make the connection, publishing a story on Friday — just days after the release Grassley’s letter — linking the names to the firm.

“Included in the list are previously unreported Fusion GPS employees and other Clintonworld figures who have not been publicly linked to the dossier,” Ross reported of Grassley’s letter.

It is not clear how Ross came into possession of documents that linked the names to Fusion GPS.