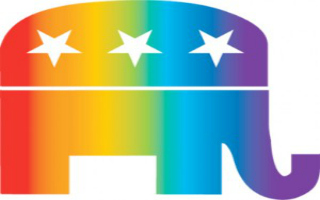 Minutes after President Obama told ABC’s Robin Roberts that he has completed his “evolution” on same-sex marriage, the pro-gay marriage Log Cabin Republicans released a statement bemoaning what they see as the president’s poor timing:

That the president has chosen today, when LGBT Americans are mourning the passage of Amendment One, to finally speak up for marriage equality is offensive and callous. Log Cabin Republicans appreciate that President Obama has finally come in line with leaders like Vice President Dick Cheney on this issue, but LGBT Americans are right to be angry that this calculated announcement comes too late to be of any use to the people of North Carolina, or any of the other states that have addressed this issue on his watch.

As you may recall, the president was once openly in favor of same-sex marriage before he held elected office. But as with all politicians, his views became quite malleable with the whims of his constituents. The Log Cabin Republicans rightfully call him out for this:

This administration has manipulated LGBT families for political gain as much as anybody, and after his campaign’s ridiculous contortions to deny support for marriage equality this week he does not deserve praise for an announcement that comes a day late and a dollar short.

It is good to see that after intense political pressure that President Obama has finally come around to the Dick Cheney position on marriage equality. I am sure, however, the President’s newly discovered support for marriage is cold comfort to the gay couples in North Carolina. […] This is hardly a profile in courage by President Obama. For years now, President Obama has tried his hardest to have it both ways on this issue.

Look, despite the fact that this “evolution” reeks of political gimmickry and obvious calculation, as a libertarian I am thankful the president finally put this to rest. It’s nice to have a president “on our side” of this issue for once, however politically-motivated his 360-degree “evolution” was.