Giant Cable Companies Merging Is Bad for You; Only Savior Is an Uber for the Internet 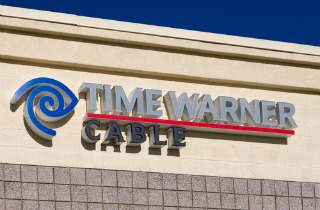 How much do you like your cable and Internet service provider? The answer is likely to fall on the spectrum from “strongly dislike” to “it is the literal spawn of the devil.”

We all generally feel this way and yet we’re not really sure what to do about it. These guys are the Goliaths and we’re a bunch of Davids. And now the Goliaths want to team up.

Earlier this year, we almost had the Comcast and Time Warner Cable merger, which thankfully never made it off the ground. Now with Comcast, the Goliath-est of the cable/internet providers, on the sidelines, we have the making of a new super-Goliath, with Charter Communications attempting to purchase Time Warner Cable for approximately $55 billion and Bright House Networks for $10.4 billion.

This is bad news for you and will only make the cable company you have and hate now more hateable. And the sad thing is, David can actually beat Goliath — we’ve seen it happen. It’s why the solution is an Uber for the Internet.

On a recent Uber trip, the driver missed a couple turns, causing the trip to last a few minutes longer than it should have been. The driver was cool about it and apologetic — not a huge deal. I gave him 5 stars but made a note about the turn mishaps. The next day I was refunded a third of the trip with a quick email saying sorry. They didn’t have to do it, but that small gesture doesn’t phase Uber and makes me a more loyal customer.

Uber cares if you have a bad experience. Uber gives a shit — whereas your cable and Internet company DGAF. Have you ever had a service interruption and your Internet wasn’t working properly for a couple hours, or days? Ever try to call up your Internet service provider and get some sort of rebate? Please. Your Internet provider doesn’t ultimately care if you have shitty service. There’s no incentive for them to win you over. In most areas, between two-thirds and three-quarters of the country, there is no other Internet option. What are you going to do, stop using the Internet? ‘Ha ha you have no say in the matter, so write your congressman or something (by the way, we own them too).’

We don’t need a company that provides on demand Internet service at the push of an app button, but we do need what Uber represents to the transportation landscape: an innovative, out of the box idea that’s making a dent in ‘just how things always are’ thinking and actually making life better. That model — some company, or many companies, like the comparable Lyft and Gett, finding a way to give you a cheaper, better Internet option — will beat the system.

(Here’s how you know it can win: Uber is pissing off the establishment. And cities are starting to ban its usage as a response.)

But… this is why that exciting new Net Neutrality regulation that John Oliver and others were so thrilled about is actually terrible for you, the American Internet user. It makes it nearly impossible for there to be an Uber for the Internet and, thus, basically a given that your already expensive, mediocre service will only become more expensive and more mediocre.

Here’s how. In theory, the goal of Net Neutrality is to ensure that no person or company has faster access to the same Internet, or is purposely throttled with slower service. That this protects the current system, and protects you, the consumer. But there are several problems with this line of thinking. First, you already have the option to pay more for better Internet service with your provider, so that’s not really the issue. Second, throttling isn’t actually currently happening to you, the consumer. If Comcast or Charter wants to take more money from Netflix for prioritization, that’s essentially working to get you your Netflix faster. This idea that we need to protect against some phantom problem in case of an unforeseen future issue is an odd reason to add a layer of government to this process. “The new rules should be seen as little more than a preventive measure for abuses that have largely yet to occur,” writes Jacob Davidson of “Money” magazine.

But, again, are you really that happy with your current Internet service? Why exactly are we protecting this status quo?

And let’s play this out. Comcast and Charter had little incentive to make your Internet connection better. Now, with this added layer of government and bureaucracy, there is even less reason for them to improve service. Comcast and Charter can now make the argument, somewhat accurately, that they need to raise the price for you to get the same Internet service — the service that wasn’t all that great (and certainly wasn’t very cheap) to begin with. And the idea that some upstart competitor like Uber could work their way into the process under Net Neutrality regulation has been all but squashed.

(This Net Neutrality argument could go on, but check out Mark Cuban making great arguments about what Net Neutrality really is and does, and also the brilliant Jeffrey Tucker.)

So back to the Charter deal. TV is on the decline but is still hugely profitable. Despite being seen as cable companies, that’s not ultimately what this deal is about. As Quartz and Business Insider point out, the real money is in the Internet. And right now, America has the distinction of paying more than most countries for some of the worst Internet in the world.

The U.S. ranks 30th worldwide in broadband speed. And it’s not even close — take a look at the charts here to see just how pathetic America sits in relation to the rest of the world. So, we’re slower than most developed countries, but we also cost more. Much more, in fact, than other countries in Europe and Asia.

There are some cities that are actually trying to help their citizens in this area, like Chattanooga, Tennessee. The city installed a massive fiber-optic network a couple years ago. And guess what happened? Major reduction in price, and for faster service.

But state and federal government is pushing back — at least 19 states have banned this practice. These bans help giant cable and Internet providers, and still make it impossible for an Uber-like company to come in and bring better service to compete. And thanks to Net Neutrality and the media giants, it’s only going to get harder for forward-thinking cities to digitally help their citizens.

The game is rigged. With no competition, there’s complacency. The cable and Internet business is one of the few in America where, as technology advances, you actually have less choices than ever before. Hundreds of channels to watch, millions of websites, dozens of toothpastes, an endless number of sneakers (or, screw it, just make your own). But less and less cable and Internet options.

With the prospective Charter deals, the consolidation will only make choice even sparser. The ability for an Uber of the Internet— a company that will disrupt the industry by actually caring whether you’re satisfied — is decreasing.

Net Neutrality was a big step back; the Comcast-TWC deal dissolution was a small step forward. But now we have a new Goliath attempting to do the same type of deal. And this will very likely keep happening. Unless we step up and demand choices — or how about a choice — the chance for a better cable and Internet future in America is stuck buffering.

[This column was originally published at Medium.com]