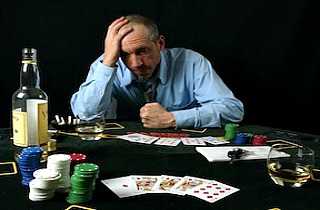 Prospect theory, a predictive model of economic behavior, stipulates that when a person begins to come to terms with increasingly likely losses, they become risk-takers. Losses sting, the theory asserts, more than gains reward. Thus, risk-seeking behavior increases as the acute pain of an imminent loss comes clearly into focus.

Wall Street Journal columnist James Taranto astutely cited prospect theory on Thursday in the wake of the unprecedented maneuver by Senate Democrats to change the rules of the Senate by a simple majority vote along party lines.

The long-considered but never invoked “nuclear option” was appealed to at a conspicuous time. The ground is collapsing out from under Democratic feet. In a panic, they are falling back on maneuvers which mitigate immediate pain and provide short-term gains, all the while acknowledging that the risks they are taking are high and the prospect of long-term advantage extremely low.

Take, for example, the spectacular disaster that has become of the Affordable Care Act’s debut. President Barack Obama’s party in Congress abandoned the long game they had played so well over the course of the Republican-led government shutdown within days of the government reopening. When the public’s attention was focused squarely on the problematic website, the waves of insurance cancellations, and price shocks, Democrats panicked.

Vulnerable members of the president’s party in the Senate began proposing “administrative fixes” that would postpone, or altogether eliminate, the requirement that all insured hold policies compliant with the ACA’s coverage requirements. President Obama proposed his own semi-binding fix to the ACA along the same lines as those Democratic proposals only when, as POLITICO reported, up to 100 House Democrats planned to back a GOP proposal which would have allowed insurance companies to continue to sell politics not compliant with ACA guidelines.

But Obama’s “fix,” backed by his allies in Congress, chips away at the economic viability of the law. Fewer people will be funneled into more costly plans which would have subsidized the waves of sick and infirmed uninsured who threaten to overwhelm the system. It remains to be seen how much damage this new “fix” will do to the economic health of the law, but it makes the onset of the oft-warned-of “death spiral” that much more likely.

Democrats acknowledged this. They didn’t care. The threat of immediate pain was that great; the prospect of loss that acute. Regardless of the long-term risks, Democrats felt they had no choice but to gamble.

A similar instinct took hold of the party in power on Thursday when they finally pulled the trigger on the nuclear option in the Senate. Because President George W. Bush had 4 percent more of his judicial nominees confirmed than Obama, the Democratic base was convinced that a great injustice was afoot.

The liberal wing of the party, inflamed by the fact that the GOP had invoked the filibuster so often in order to block Obama’s judicial nominees, had for months demanded that the Senate rules be reformed. But the risks of this strategy always outweighed the rewards – until yesterday.

What altered the Democrats’ calculation? The same thing that forced them to reform the ACA at the risk of its very economic viability: the polls. In the latest CBS News/New York Times survey, only 58 percent of Democrats expressed approval of the ACA – down from 74 percent the month prior. Moreover, only 12 percent of Democrats told pollsters that the law was “working well.” 72 percent said that reforms to the law were needed, while only another 12 percent of self-identified Democrats backed full repeal.

Rank and file Democrats, amid a surge of bad news about the ACA, had begun to question whether this was a hill worth dying on. This disease of self-doubt could not be allowed to metastasize. As NBC News reporter Chuck Todd accurately said on Thursday, the Democrats’ deflated “activist base” needed a victory, even a pyrrhic one.

Once again, Democrats in the Senate knew they were playing with fire. They knew that partisan rancor would increase, that comity was dead, and, rather than increasing the upper chamber’s functionality, this maneuver was more likely to incent the minority to use all the powers still at their disposal to grind Senate business to a halt. Furthermore, they knew that the GOP, once in the majority, would use this precedent to pass not only judicial but possibly Supreme Court nominees, or even legislative initiatives, with a simple majority vote.

Democrats in the Senate knew this. Some even publically acknowledged it. “The fact that we changed the rules today just to apply to judges and executive nominations does not mean the same precedent won’t be used tomorrow or the next year or the year after to provide for the end of a filibuster on legislation, on bills that are before us, and on amendments,” read a statement issued by Sen. Carl Levin (D-MI), a 34-year veteran of what was once affectionately referred to as the world’s most deliberative body.

Levin’s warnings before the vote went unheeded. His admonition of his colleagues after the fact will surely also be ignored.

Democrats have become reckless gamblers. Their admirable strategic risk aversion has dissolved in the haze of panic. They are happily making choices today that they acknowledge they are likely to regret in the medium to long-term.

Just a month ago it was the Republicans that were the “stupid party.” It is often remarkable how quickly things can change.