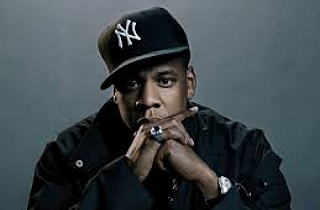 Rapper Jay-Z posted an “Open Letter” song to his Life + Times blog this morning, responding the various controversies that have seemingly consumed his public life since traveling to Cuba for his fifth wedding anniversary with wife Beyoncé.

The pair’s Cuba trip ignited a firestorm, with members of Congress launching an investigation into the legality of their vacation to the embargoed country. Ultimately, it turns out, the trip was authorized by the Department of Treasury.

Jay-Z addressed the controversy via song:

“Politicians never did shit for me/ Except lie to me, distort history/ They wanna give me jail time and a fine / Fine, let me commit a real crime / … / Obama said, ‘Chill, you’re going to get me impeached’ / You don’t need this shit anyway, chill with me on the beach.”

He later took a swipe at the critics suggesting he’s a “communist sympathizer” for his Cuban trip, noting the irony that American policy shuns one communist regime while patronizing another:

“I’m in Cuba, I love Cubans / This communist talk is so confusing / When it’s from China, the very mic that I’m using.”

In addition to Cuba-gate, Jay-Z has also come under fire for selling his shares in the Brooklyn Nets franchise in order to expand his newly-created sports agency into professional basketball. In response to the haters who claim he is callously cashing in, Hova rapped:

“I woulda moved the Nets to Brooklyn for free / Except I made millions off you fucking dweebs / I still own the building, I’m keeping my seats / You buy that bullshit, you better keep your receipts.”

Listen to the song below, produced by Swizz Beatz and Timbaland: