Jorge Ramos: Reporters ‘Cozy with Power,’ Act Like They’re in a Club 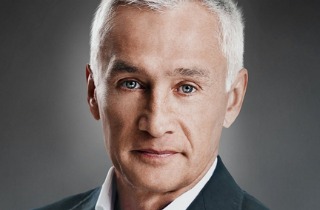 POLITICO’s Dylan Byers has a profile out today of Univision/Fusion anchor Jorge Ramos, branding him as one of the most confrontational newsmen out there these days, on the heels of his confronting John Boehner over immigration reform.

And it’s that very issue where Ramos is very comfortable calling out both parties for lack of action. Ramos is also a very outspoken news anchor, a trait which has not done him any favors in Washington. Chuck Todd was asked about Ramos for the profile and simply said, “It’s not about us.” Another reporter who didn’t go on the record took a swipe at Ramos for not understanding the “difference between activism and journalism.”

Ramos, of course, doesn’t see it that way, and the way he views it, it’s the establishment reporters in Washington who are falling behind when it comes to doing journalism right.

“You turn on the TV, and you see very bland interviews. Journalists in the United States are very cozy with power, very close to those in power. They laugh with them. They go to the [White House] correspondents’ dinner with them. They have lunch together. They marry each other. They’re way too close to each other. I think as journalists we have to keep our distance from power.”

Ramos has been critical of Republicans who haven’t prioritized immigration reform and Democrats like President Obama who have yet to deliver on their promises. And Ramos’ hard-hitting interview with Rahm Emanuel earned him praise from Matt Drudge as “the last journalist standing.”