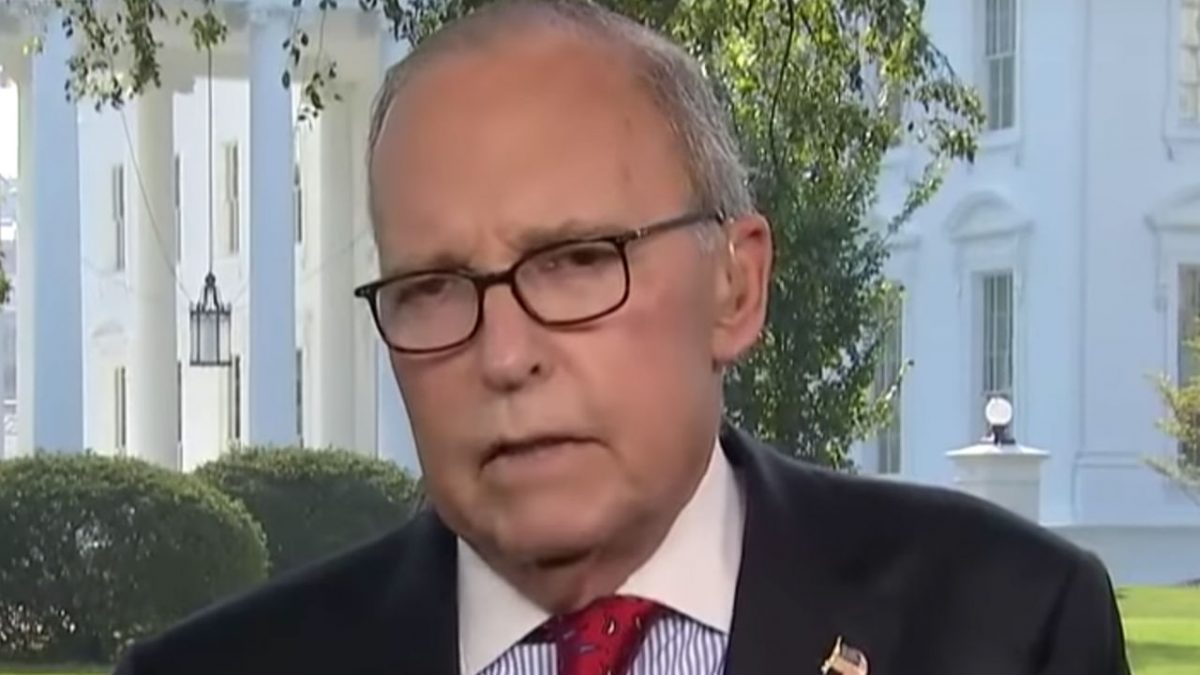 During a gaggle with reporters talking trade, Kudlow was asked whether he would remove papers from President Donald Trump‘s desk to keep him from signing them, something that Bob Woodward reports in his new book that Gary Cohn did.

Kudlow categorically denied he would ever do anything like that, and even questioned Woodward’s reporting:

“I would never do such a thing,” says Larry Kudlow of the Woodward anecdote of his predecessor Gary Cohn taking a document off the president’s desk.

Asked if he would ever take something off the president’s desk to prevent him from signing it — as Woodward described Gary Cohn doing — Larry Kudlow tells me no. He would never. But says it’s not been verified that Cohn did so.

Kudlow scoffed at my question about whether he’s had to ask Defense Secretary Mattis to urge Trump not to do something, as Cohn, his predecessor, is reported to have done. https://t.co/QWVePwXfXL

Cohn put out a statement yesterday that read, “This book does not accurately portray my experience at the White House. I am proud of my service in the Trump Administration, and I continue to support the President and his economic agenda.” As Axios noted, this wasn’t actually a denial of Woodward’s specific claims.