Liam Neeson on Paris Shooting: ‘Too Many F*cking Guns Out There’ 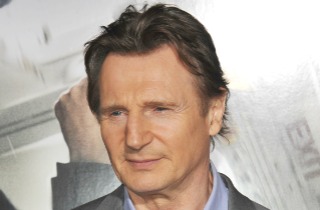 In the past decade, Liam Neeson has turned into one of the most surprising action stars in Hollywood, with the Taken franchise, Non-Stop, and A Walk Among the Tombstones. But the actor himself has some pretty critical thoughts about guns, and elaborated on such in reacting to last week’s horrific Paris shooting.

In an interview this week, Neeson sent his thoughts and prayers to the victims of the terrorists before saying, “There’s too many fucking guns out there. Especially in America… I think it’s a fucking disgrace. Every week now we’re picking up a newspaper and seeing, ‘Yet another few kids have been killed in schools.'”

Now, you might be thinking, “Hey, Liam Neeson is in plenty of movies where there’s a lot of gunfighting and such, isn’t he being a hypocrite?” Well, Neeson would argue that there’s a critical difference––movies don’t promote violence or encourage people to just get guns for themselves:

“I grew up watching cowboy movies, loved doing that [gun gesture] with my fingers, ‘Bang, bang, you’re dead!’ I didn’t end up a killer. I think that’s something the power of cinema can be.

“A character like Bryan Mills going out with guns and taking revenge: it’s fantasy. It’s in the movies, you know? I think it can give people a great release from stresses in life and all the rest of it, you know what I mean? It doesn’t mean they’re all going to go out and go, ‘Yeah, let’s get a gun!'”