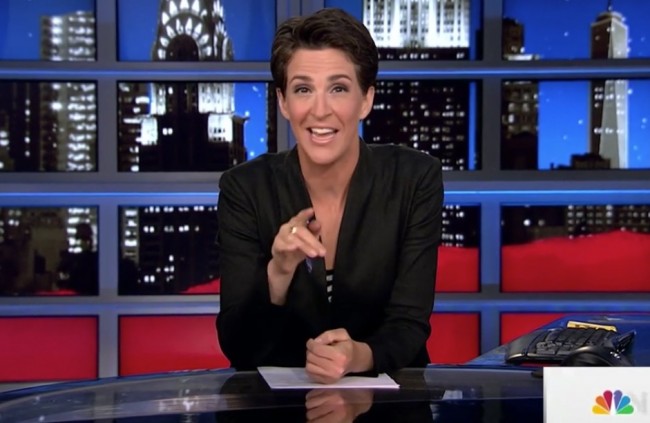 Back in November, I used a column on this site to urge MSNBC not to “go all middle-of-the-road” when liberal viewers — and conservatives who want to understand liberal viewers — needed a lefty answer to Fox News most. Today, the New York Times ran a piece called “For Solace and Solidarity in the Trump Age, Liberals Turn the TV Back On.”

The argument still stands that there is not only plenty of room for centrist news sources and polarized opinion and commentary, but that there is a critical need for both. The Times piece proves that, not only by highlighting how MSNBC’s viewership has gone up, but how Stephen Colbert, Trevor Noah, and Bill Maher have gotten more viewers, too.

Noah himself described the reasoning behind the programming pilgrimage as a sense of “we’re-in-this-together-ness.”

That’s true now and has been since the inception of mass media. More importantly, as technology expands, so, too, does the list of ways in which people can engage with the news and each other. There is no reason for every news source to follow the journalistic standards that were put in place during an era in which consumers could only turn to a handful of papers and channels. Now, ABC, CBS, NBC, and CNN can shoulder the bulk of straightforward news while Fox and MSNBC provide some, but focus on their individual wings of commentary. For every Maher, there is (and should be) an Alex Jones; for every fiery video uploaded by Tomi Lahren, The Young Turks file the counterpoint. Punditry is a valuable part of a free media in a functioning democracy.

Obviously, the general public is in agreement. The ratings underscored by the Times show that.