The Mad Men (And Women!) of Morning Joe 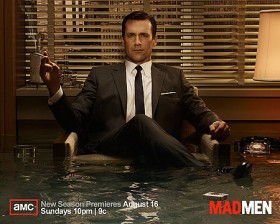 NOTE: This post originally ran last August to celebrate the premiere of Mad Men season three. We thought it’d be fun to pull it out of the Mediaite vault ahead tonight’s fourth season opener. Enjoy!

You’d have to be living under a rock not to know that Mad Men is debuting its third season this Sunday. For the past month fans have been inundated with Mad Men Twitter avatars, Mad Men window-dressings, and Mad Men–themed websites. All this smoke-filled, sexed-up, whiskey-splashed glamour is enough to make one long for the heady days of the early Sixties — who knew advertising could be so compelling? We know who — the folks at Morning Joe, currently representing the most harmonious blend of advertising and editorial on the airwaves. Don Draper himself couldn’t have topped it (and he might even have switched out his whiskey for a Venti Frappucino). From there, the comparisons suddenly seemed obvious. So, in the tradition of merging the media beat with whatever pop culture sensation we’re currently obsessed with (Harry Potter and the Media Muggles, anyone?) we thought it would be fun to cast the Mad Morning Men (and Women) of Morning Joe. Hey, what else are you gonna do until Sunday at 10? 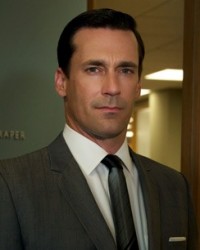 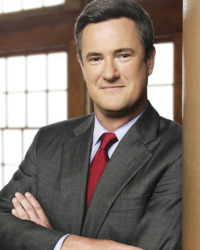 Just as Don Draper’s voice can dominate a hushed conference room filled with clients, so too does Joe’s voice dominate the show that bears his name, though it’s decidedly not hushed. Scarborough, a former Congressman, is certainly no stranger to selling, nor does he lack for Draper-esque confidence. We’ve noticed he’s traded in his zipper sweatshirts for dark suits of late, but that’s not all it is — of any character on Morning Joe, he’s the one we can most easily see sitting in a darkened bar with a glass of something amber at his side. Besides, couldn’t his book on the GOP just as easily been called “Meditations on an Emergency?” 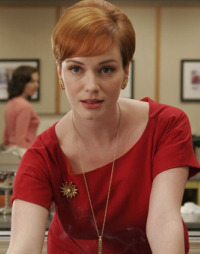 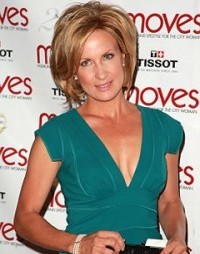 And what is Don Draper without a beautiful woman nearby? Mika puts the “Joe” in “Joanie,” who keeps things moving at Sterling Cooper with brisk (and bodacious) efficiency. Similarly Mika keeps the trains running on Morning Joe, as well as being the resident sex symbol (and she’s got the Peggy Noonan-shocking shoes to prove it). No word on what Mika’s college roommate might think. 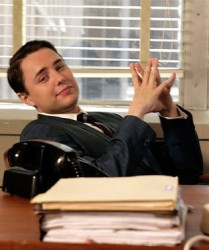 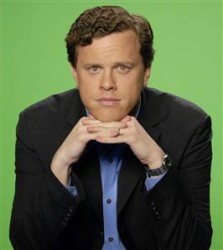 Oh, we’re on to you, Willie Geist. You with your affable smile and quickness to joke — we’ve watched your rise through the ranks at MSNBC, always with an eye on the top spot. Like a junior ad executive doing what’s necessary to bring in that Clearasil account, you scored that plum 5:30 anchor spot — just another feather in your cap while you bide your time. Somewhere under your bed, we know there’s a box of photographs that will finish Joe Scarborough once and for all. You don’t fool us. 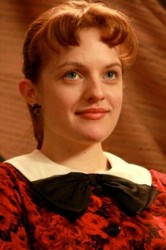 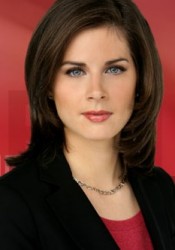 There she is, bright-eyed and bushy-tailed, chipper but professional, girlish but savvy with an eye on the prize. Peggy Olsen? Erin Burnett? Exactly. Both have risen meteorically in their respective workplaces, making the heads of more seasoned types whip around, but they don’t mind the gawking (or whispering), they’ll just work a little harder like they always do. How else can you get ahead in a man’s world? 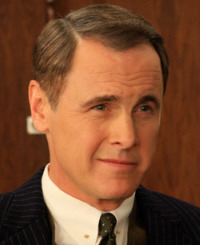 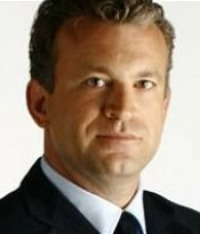 Is he in or is he out? That’s what we’re all wondering about Duck Philips, who secretly switched sides last season as he tried to wheel-deal himself a better place in the larger framework of Sterling Cooper and its parent corporation. Hmm, sounds like Dylan Ratigan, who just a few months ago was out (at CNBC) then in (at MSNBC), wheel-dealing himself a primo slice of the morning pie. Is Morning Meeting a challenger to Morning Joe just as Duck is a challenger to Don? Yeah, Don — and Joe — look pretty worried. 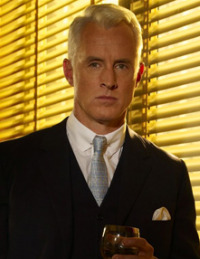 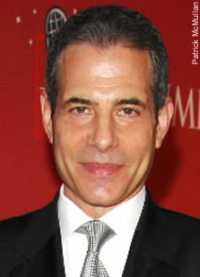