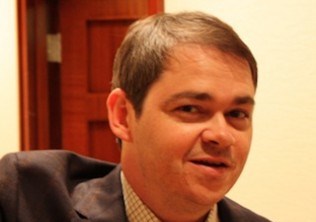 On Tuesday, Mediaite’s Tommy Christopher gave a wide-ranging interview to the Wall Street Journal Radio Network’s “The Daily Wrap” with Michael Castner, discussing the controversial comments recently made by rocker Ted Nugent as well as whether likely Republican presidential nominee Mitt Romney will deliver a full-throated denouncement of Nugent’s endorsement.

Castner introduced Christopher by playing clips of the controversial comments made by Nugent and asking “The Secret Service—their response is pretty lackluster, isn’t it?”

“Yeah, they said pretty much what they always say, ‘we’re aware of it, we’re looking into it,’” said Christopher. “Last week, they told me they were investigating the New Black Panthers. I’ll believe that when I see it.” Christopher says he later spoke to a source at the Secret Service, who reiterated the agency’s prior statement, and said that they are “taking this seriously, as we do with any incident like this that’s brought to our attention.”

“My initial impression from what they’re saying now is that not much is happening,” Christopher continued. “But I’ve been trying to follow up with them because this isn’t the first time Nugent said something like this. When President Obama was running for president – he was a senator – Nugent said that President Obama could ‘suck on his machine gun.’

Castner made clear that if the Secret Service does not take Nugent more seriously, it’s evidence of a double standard. Castner said that if he or Christopher had said something similar about Obama, “we would have someone knocking on our door.” Christopher agreed, “Latex glove treatment, all the way.”

Castner made reference to Democratic strategiest Hilary Rosen’s controversial comments from last week about the former governor’s wife Ann Romney. In the context of that scandal, Castener noted, it makes even more sense for Romney to denounce Nugent seeing how fast the Obama campaign was quick to denounce Rosen.

“Romney went after Nugent’s endorsement,” Christopher noted. “After he said the thing about the machine gun, after he said all the things he said – you know when he was 30-years-old, he shacked up with a 17-year-old Hawaiian girl and had her parents make him her legal guardian.”

A stunned Castner allowed that statement to sink in. “Good lord,” Castner said.

“Is there any indication that Romney is going to denounce these kinds of comments?” asked Castner. “Or is he going to say ‘well, that’s Ted Nugent. What’d you expect?’”

“I haven’t heard anything yet,” said Christopher. “My colleague Noah makes the point that it’s going to be very difficult for Romney not to say something, given that he sought the endorsement. I don’t know what he’s going to say.”

Listen to the segment below via Wall Street Journal Radio: