Mississippi Rep.: Maybe State Should Get Out of Marriage License Business

Mississippi Rep.: Maybe State Should Get Out of Marriage License Business 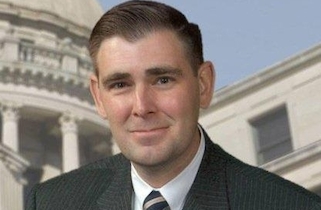 “One of the options that other states have looked at is removing the state marriage license requirement,” Gipson said. “We will be researching what options there are. I personally can see pros and cons to that. I don’t know if it would be better to have no marriage certificate sponsored by the state or not. But it’s an option out there to be considered.”

Gipson is the chair of Mississippi’s House Judiciary Committee. Per the Clarion-Ledger, he’s seen this day coming:

Gipson, an attorney and Baptist minister who opposes gay marriage, caused a stir last year when he said: “I believe the time has come for people of faith in Mississippi to prepare for the overturning of our constitutional ban on it,” noting then that Friday’s high court ruling was inevitable.

Mississippi halted the practice Friday after only three marriage certificates were issued to same-sex couples. Governor Jim Hood said the state would not comply with the ruling until the Fifth Circuit lifts its stay on the practice, a likely result in the wake of the high court’s decision.