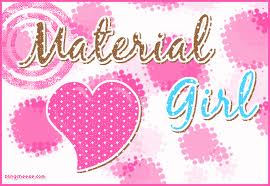 It’s not that Tantaros is against the First Lady getting some R&R. Rather, Tantaros claims Mrs. Obama’s lavish spending in dire economic times is a signal of how out of touch the Obamas are with the plight of average Americans. Moreover, Tantaros suggests that vacation dough might be a better economic stimulus for the U.S. if spent on a domestic vacation instead of pumping it into a foreign country’s economy. And of course, the Obamas never travel alone; they’re always accompanied by an entourage of staff and secret service who have to be housed as well.

I don’t begrudge anyone rest and relaxation when they work hard. We all need downtime – the First Family included. It’s the extravagance of Michelle Obama’s trip and glitzy destination contrasted with President Obama’s demonization of the rich that smacks of hypocrisy and perpetuates a disconnect between the country and its leaders. Toning down the flash would humanize the Obamas and signify that they sympathize with the setbacks of the people they were elected to serve.

But before we start accusing “material girl” Michelle Obama of dismissing cake-eating “commoners,” Brian Montopolli at CBS News brings up a few valid counterpoints. Noting that Mrs. Obama will be traveling with minimal staff, Montopolli points to White House policy with regard to personal vs. state trips abroad.

The White House says that as a policy, official trips by the first family are paid by the government but all personal elements paid are personally. Since this is a private trip, the White House seems to be suggesting that the Obamas are personally paying all costs associated with the vacation.

Granted, Montopolli admits there’s some “wiggle room” for Secret Service, whose fees probably go up when traveling abroad. That said, there’s no way to estimate what the going rates are for the elite body guards since the Secret Service doesn’t give out that information for safety reasons. Also, it’s not like the Secret Service wouldn’t be guarding the First Lady regardless of where she spent her vacation, so that particular fee would be paid with tax payer money no matter what.

Still, it remains the American pass time to decry any politician’s spending, particularly when it involves some fun and sunshine on the Spanish coast.