NYC Police Commissioner Speaks Out: ‘We Are Not a Racist Organization’

NYC Police Commissioner Speaks Out: ‘We Are Not a Racist Organization’ 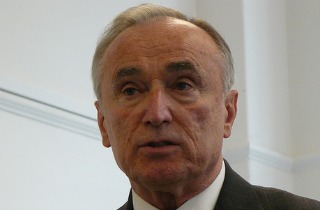 The NYPD has received rather a lot of attention after Eric Garner died from a police chokehold. Well, this past Friday, New York City Police Commissioner Bill Bratton spoke out about police practices and told the Associated Press that the New York Police Department is “not a racist organization.”

Bratton went on a bit of a media blitz to push back against negative impressions of the NYPD when it comes to issues of police brutality and disparities in how the police deals with African-Americans. He argued that Garner’s death was an anomaly, because “this is not a police force that abuses its powers in the sense of use of force.”

He argued that high arrest rates in minority areas are due to these plates being high crime areas and the NYPD having to send more cops into those areas. Because as far as Bratton’s concerned, he doesn’t believe you could fairly brand the department as racist.

“Are there more minorities impacted by enforcement? Yes. I’m not denying that,” he said. “But it’s not an intentional focus on minorities. It’s a focus on behavior.”

He added: “We are not a racist organization — not at all.”

Bratton also addressed the prominence of Al Sharpton at a recent event held by Mayor Bill de Blasio to address police issues. Sharpton got rather sharp in his critiques of the mayor and the NYPD, which reportedly left de Blasio feeling “pissed.” All Bratton had to say about Sharpton is, “Whether you like Al Sharpton or not, he clearly is a spokesperson, particularly for African-Americans, and that is reality.”