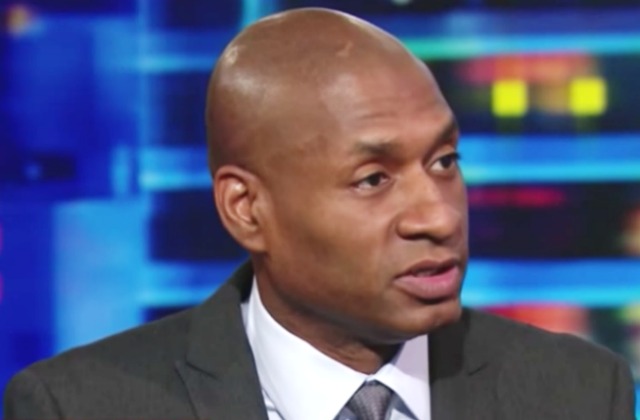 A New York Times column by Charles Blow that trended on Twitter today argues right at the top that the American people should “immediately demand a cessation of all consequential actions by this ‘president'” (his quotes) until concerns about Russian collusion can be assuaged.

Blow argued last month before the inauguration that as more information about Russia comes out, “the more it becomes clear that Donald Trump’s victory and his imminent presidency are already tainted beyond redemption… Donald Trump is as much Russia’s appointment as our elected executive. The legacy of his political ascendance will be written in Cyrillic and affixed with an asterisk.”

Today Blow believes that given all these lingering questions about Russia, “no action to put this presidency on pause is extreme. Rather, it is exceedingly prudent.”

He argues that America “deserves to know beyond a shadow of a doubt that our president is legitimate” before he pursues new policies or works to replace Obamacare or gets his Supreme Court nominee a hearing:

Republicans pitched a fit when President Obama nominated Merrick Garland to fill the seat made open by the death of Antonin Scalia, falsely arguing that a president should not be allowed to fill a vacancy during the last year of his term. Well, it is not at all clear to me that this will not be the last year of Donald Trump’s term, should these investigations reveal something untoward between his regime and Russia.

Blow says the contacts with Russian officials could be “an extraordinary series of coincidences,” but until the investigation is complete, people should demand to “pause this presidency.”