PBS Responds To Romney: Cutting Federal Funding Would Have ‘Virtually No Impact’ On Deficit 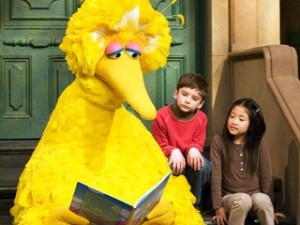 One of Mitt Romney‘s statements during last night’s debate took particular hold in the Twittersphere: his reference to Big Bird, in explaining that he would cut federal subsidies to PBS. On Thursday, PBS issued a statement in response, in which the network expressed “disappointment” in becoming a “political target” — while also criticizing Romney’s stance.

RELATED: Romney To Lehrer: ‘I Love Big Bird’ But I Would Cut Federal Subsidies For PBS

“I’m sorry, Jim, I’m going to stop the subsidy to PBS,” Romney said to Jim Lehrer, during the debate. “I like PBS. I love Big Bird. I actually like you, too. But I’m not going to keep spending money on things, borrowing money from China to pay for it.”

“We are very disappointed that PBS became a political target in the Presidential debate last night,” PBS said in the statement. “Governor Romney does not understand the value the American people place on public broadcasting and the outstanding return on investment the system delivers to our nation.”

“Elimination of funding would have virtually no impact on the nation’s debt,” it continued — “yet the loss to the American public would be devastating.”

Citing Romney’s self-proclaimed support for education, PBS said the presidential candidate should be in favor of funding public broadcasting.

For more than 40 years, Big Bird has embodied the public broadcasting mission – harnessing the power of media for the good of every citizen, regardless of where they live or their ability to pay. Our system serves as a universally accessible resource for education, history, science, arts and civil discourse.

Over the course of a year, 91% of all U.S. television households tune in to their local PBS station. In fact, our service is watched by 81% of all children between the ages of 2-8.

Each day, the American public receives an enduring and daily return on investment that is heard, seen, read and experienced in public media broadcasts, apps, podcasts and online – all for the cost of about $1.35 per person per year.