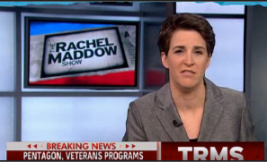 If President Obama’s goal this week was to alienate and anger just about everyone then it would seem he has succeeded. Last night’s late-breaking news that the president would announce a three year spending freeze on most domestic programs during tomorrow’s State of the Union has met with angry responses on the left — Obama is the new Hoover! Which is quite a long drop from the other Depression-era president he routinely drew comparisons to last year.

Nate Silver calls the decision “a mistake on par with John McCain’s ‘suspending my campaign’ gaffe.” Marc Ambinder speculates that it could be seen as reactive, though the ‘middle’ may be comforted by the sound of “spending freeze” no doubt a large motivator in this decision. John Carney of Business Insider pointed out to me earlier this morning that “We spent more bailing out AIG than will be saved by Obama’s spending freeze” and that decisions such as these are often “a policy people employ when they lack ideas.” (Carney also dug up a video of Obama arguing against the spending freeze back in 2008.) Already-ticked-off Paul Krugman calls it (among other dire things) “appalling on every level.” But the harshest response thus far came from Rachel Maddow last night who just excoriated the President. Hell hath no fury like a liberal scorned. Whew.

You might recall that Republican Senator John McCain ran for and lost the presidency on the idea of answering economic calamity with a spending freeze [among other things]. Since that’s the kind of strategy that Herbert Hoover used in the ’30s to make the depression great…If you’ve ever taken economics, it’s usually on day two of like a 101 level college econ class where they teach you that a spending freeze is not the way to bring the economy out of a downturn, let alone a recession. One lesson from the interminable Japanese recession in the 1990s was that the government was not aggressive in spending enough for long enough and that’s why it became Japan’s lost decade, instead of Japan’s lost couple of years. And then, of course, there was the great American mistake of 1937, when as the U.S. was finally coming out of the depression, in a burst of stupid Hooverism, the government stopped spending for recovery too soon and it put the economy right back in the drink. Deficit spending is what governments do to get economies moving again. A spending freeze it like trying to put out a fire by putting gasoline on it.

Maddow followed up with a longish interview with Jared Bernstein, Chief Economist and Economic Policy Adviser to Vice President Joseph Biden (Ambinder calls him the “probably the best economic spokesman the White House has”) who went to some lengths to defend and explain the White House’s decision. It’s worth watching the whole segment, Obama has effectively knocked health care out the news cycle with this announcement and it will likely be the focus of just about everyone between now and tomorrow’s speech. Video below: