Ranking The Most, And Least, Powerful in Washington D.C.
video

Ranking The Most, And Least, Powerful in Washington D.C. 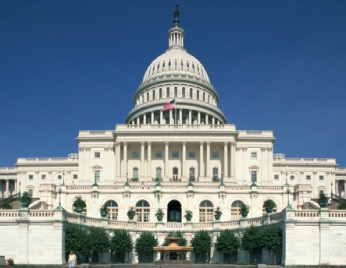 GQ magazine released their list of the 50 most powerful people in Washington D.C. this week, and the story has been covered online and on the cable news networks.

But most powerful lists have been done before (ours is in Grid form). How about the 10 least powerful people in D.C.?

On GQ‘s list, Rahm Emanuel was #1, Sec. Robert Gates finished 2nd and Ben Bernanke was 3rd. Interestingly, Sec. Hillary Clinton finished 18th – higher on the list than when she was a Senator.

Of course, none of those made the least powerful list, which ABC News’ web show, Top Line, came up with yesterday. The list was compiled by the hosts of the show, Rick Klein and David Chalian, guest Ana Marie Cox and a bevy of Twitter suggestions.

Coming in at #10 were a pair of Senators (who had higher hopes) – Sens. John Kerry and John McCain. Other notables on the list: Cindy Sheehan at #4 and “Actual Washington, DC voters” at #2.

The father of Sarah Palin’s grandchild has forfeited any claims he might have had to being taken seriously by hawking pistachios and deciding to appear in Playgirl. Just about no one in Washington even knew Playgirl was still around. Fewer want to see Levi Johnston naked. He almost married the daughter of the woman who almost became vice president, which makes him…absolutely nothing.

We’re not sure Levi counts as a D.C. guy, since he’s spending a lot of his time in Los Angeles these days (or, presumably, Wasilla). Depending on your political beliefs, your own list would likely vary greatly. Who do you think is the least powerful person in Washington, D.C.? Leave your picks in the comments…