Remember When Trump Tweeted About Obama Spending Too Much Time Golfing During a Disaster? 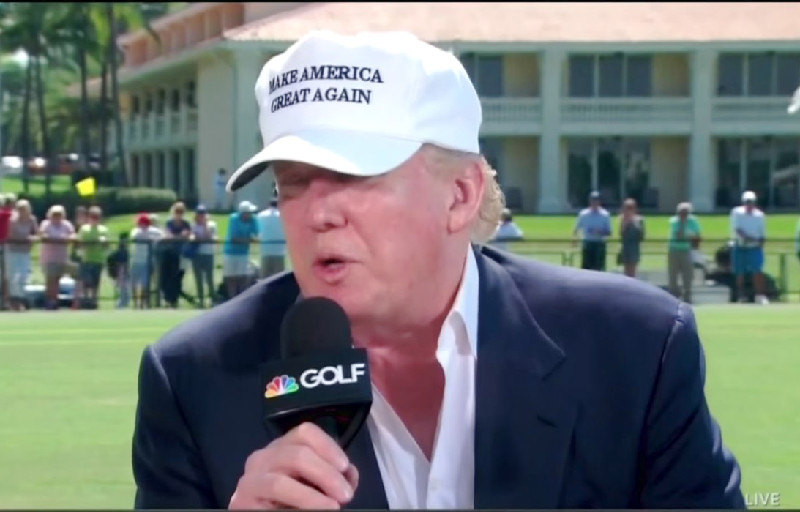 This morning, President Donald Trump took to Twitter to slam San Juan Mayor Carmen Yulin Cruz for her criticism of the federal response to Hurricane Maria. Besides complaining about Cruz’s “nasty’ treatment of him and claiming she was exhibiting “poor leadership,” the president also insinuated that Puerto Rican victims were lazy by tweeting they wanted everything done for them.

Naturally, Trump’s remarks created quite a bit of outrage. And one thing that really drew the ire of many was the fact that Trump was lobbing his attacks from the comfort of his New Jersey golf club. Lt. Gen. Russel Honore (Ret.) threw some major shade at Trump by noting Cruz was “living on a cot” while wishing the president a “good day at golf.” Broadway star Lin-Manuel Miranda straight up told Trump to go to hell while saying he’s been “GOLFING.”

It should also be noted that Trump spent a lengthy four-day stay at his golf resort earlier this month right when the depth of the humanitarian crisis in Puerto Rico was becoming clear. It was reported that Trump took no meetings on Puerto Rico during that long weekend but instead focused all of his attention on ramping up feuds with the NFL and North Korean dictator Kim Jong-un.

So, with those kinds of observations going around, we thought we’d highlight this tweet Trump sent last year during a flood disaster in Louisiana:

President Obama should have gone to Louisiana days ago, instead of golfing. Too little, too late!

Now, we don’t really KNOW if the president is spending his time at his club golfing since the administration isn’t transparent about whether or not the POTUS plays golf or not when he’s at his golf resort. Therefore, we don’t know if this tweet is relevant or not yet. But we’re going to go out on a limb and guess that it is.