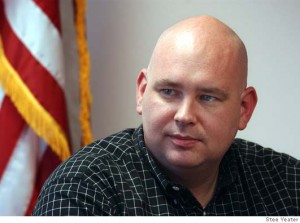 “A week out from the election, named and unnamed sources are beginning to pin some of the blame for McCain’s likely defeat on Steve Schmidt,” Jones wrote in the memo.

“Thankfully, and rightfully so, some members of the political punditry are already coming to his defense (Rove, McKinnon, Scarborough), however a well organized and coordinated effort is needed to defend Steve’s good reputation,” he added.

Haberman reports Schmidt was unaware of such a memo “I had no idea that this existed until today,” Schmidt revealed. “I wouldn’t have asked for anyone to do that but these guys are great communications strategists and good friends and business partners and it’s good to have people who have your back. But it’s not something I would have ever told anyone to go and do. … It’s not where my focus was.”

The memo gave a point by point action plan to cast away blame from Schmidt:

• “Despite an extremely challenging electoral environment, by mid-September John McCain was ahead of Barack Obama in the majority of national public opinion polls and was also ahead in the race for 270 votes in the Electoral College based on polls in key battleground states.

• John McCain was ahead despite being written off by the ‘media intelligentsia’ in the summer of 2007, then again late spring in 2008 and after the Democrat convention.

• McCain was ahead because the candidate and the campaign had focused on:

• His maverick credentials and his longtime status as an agent of change. Governor Palin’s selection worked to accentuate this maverick status.

• Distancing himself from an unpopular president, and given his past stances on issues like spending, torture, the War in Iraq and climate change he had the record and credibility to deliver this message.

• Exciting the base with the selection of Governor Palin and highlighting the ideological differences between himself and Obama.

• With the collapse of the global financial markets in mid-September, an already challenging electoral environment turned absolutely toxic for anyone with an R behind their name. In fact, nearly 95% of the country felt America was headed in the wrong direction. Add to this mix an incumbent Republican president whose approval ratings were hovering in the mid 20s and you’ve got a campaign running into a category 5 headwind.”

In recent days, Schmidt acknowledged his feelings about what went on in the campaign in the days and weeks before the 2008 election, saying there could have been “worse results than losing.”

“When a result happens that puts someone who is not prepared to be president on the ticket, that’s a bad result,” Schmidt said on MSNBC’s Morning Joe. “I think the notion of Sarah Palin being President of the United States is something that frightens me, frankly. And I played a part in that. And played a part in that because we were fueled by ambition to win. And I think that ambition to win, to victory is what drives people in politics. It is a chess match in a lot of ways, but that result in how we got there is something that troubles me a lot.”