Ted Cruz refused to endorse Donald Trump tonight and was booed for it. Right afterwards, Republicans––to put it bluntly––lost their fucking minds.

Firstly, Heidi Cruz got yelled at as she was walking out of the room:

From @mkraju :: "Heidi Cruz escorted out by security as crowd gets very angry"

Obviously, the Trump family wasn’t particularly happy about all this:

This was the look on the Trump’s faces when Cruz was speaking pic.twitter.com/YHmxSqRf7Z

Though according to one report, their campaign was behind some of the booing:

But if you want an idea of just how angry Republicans were, someone had to be physically restrained from lashing out at him:

Source tells @DanaBashCNN behind the scenes people called Cruz "a disgrace" to his face. One state chairman had to be held back

And the floodgates immediately opened:

(For the record, Cruz did congratulate Trump at the top.)

That was the single most selfish act in American politics since Aaron Burr aimed at Alexander Hamilton. #RNCinCLE & America leave him behind

Roger Stone, walking out of convention center, tells me Ted Cruz is a "dumb son of a bitch who thinks he's smarter than everybody else."

Tonight, Ted Cruz proved how self-focused he is….he is NOT the future of the party.

Cruz is done. Too self-serving and calculating.

Sen Cruz….sorry, bud. But, no class not to endorse Trump. Tired of all the phony Conservatives in DC.#politics #government #DC

WATCH: Gov. Christie on Ted Cruz: "Awful, selfish speech … showed himself tonight to not be a man of his word." https://t.co/jjvRlWX3Wf

Not only did @tedcruz not endorse Trump. He "unendorsed" him.

But, y’know, there’s also this:

Ted Cruz didn't endorse the guy who called him a Canadian with an ugly wife whose dad killed JFK.

And, for the record, Team Trump saw the transcript ahead of time.

And, wouldn’t you know it, Hillary Clinton is already on top of this: 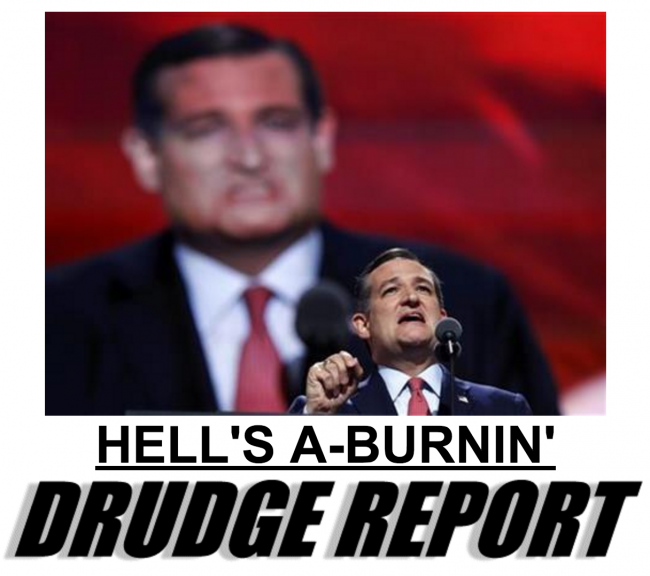