The Twitter accounts of both the GOP and one of the RNC’s chief strategists seemed today to want to tout a report referring to one of their ads as “Willie Horton-style.”

This is the ad in question, which does feel rather similar to the infamous Horton ad, in which the RNC goes after Tim Kaine for defending “the worst kind of people” as a lawyer:

RNC chief strategist Sean Spicer tweeted it out, as did the official GOP account: 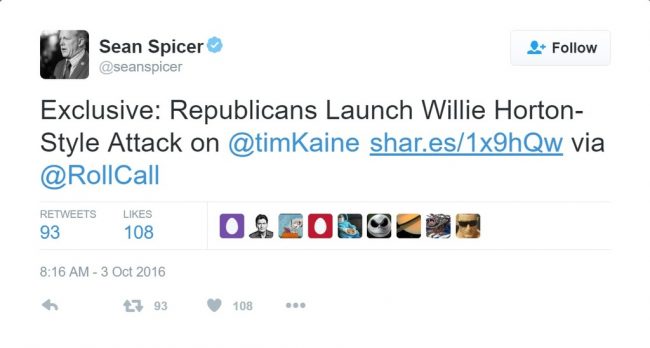 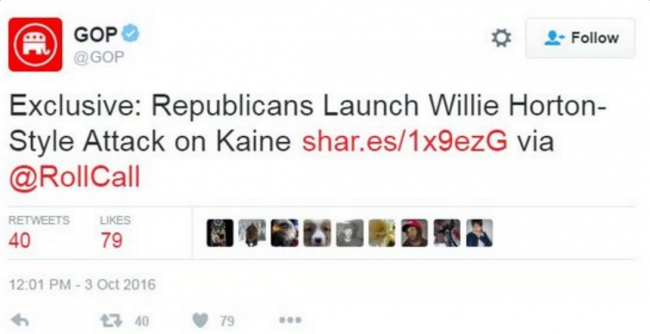 These tweets have since been deleted, probably for the obvious reason:

So the Willie Horton ad is something Republican officials are openly proud of? https://t.co/2058WDQaa5

Wait, you guys realize the "Willie Horton style attack" is considered to be a (previous) low point in campaigning, right? https://t.co/ljOnaTyR1Y

But even though he took the tweet down, Spicer publicly said the RT wasn’t an endorsement (even if, well, it was):

to be clear (I know facts are not a strong suit of yours) we/I never used the term – your fellow journalists @rollcall did https://t.co/bSSoqcPXnt