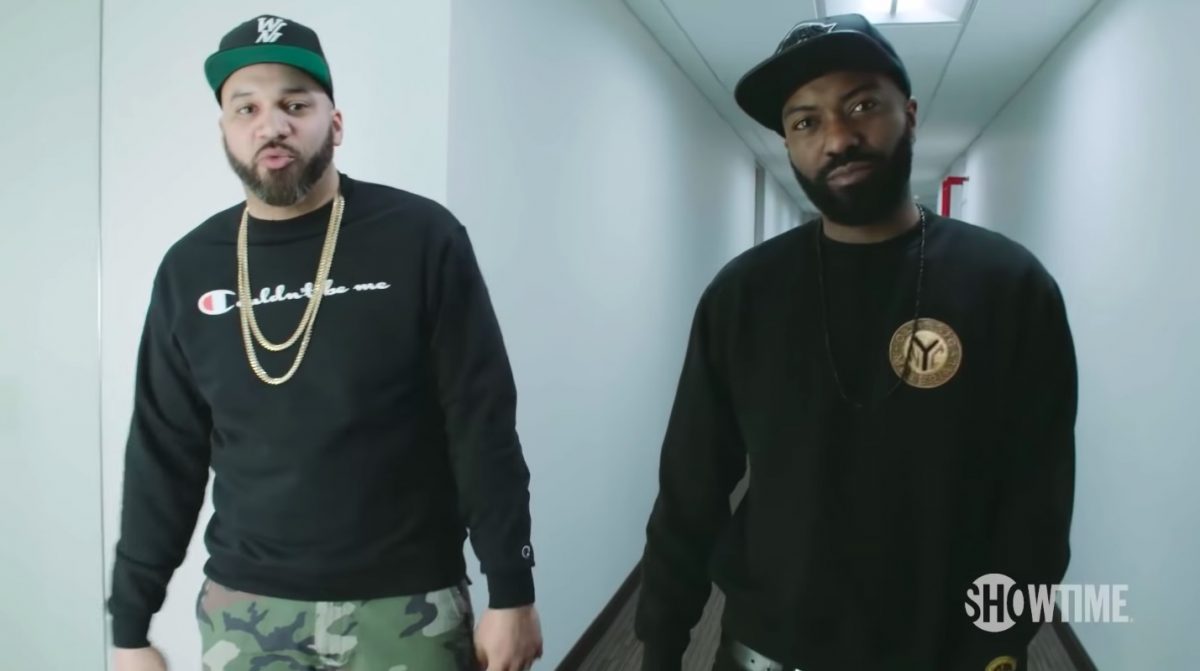 Kid Mero, whose co-host Desus Nice attended a Bronx middle school with Hayes, began his tweetstorm against Carlson by stating he’d bet “10 racks” on the MSNBC host beating his Fox News rival in a “no gloves” fight.

LMAOOOO U DEAD ASS? I WOULD DUFF THIS CLOWNCAKE SO HARD HIS BOWTIE WOULD SPIN AROUND LIKE DAFFY DUCKS BEAK???? https://t.co/fHy4bqsw3Y

In follow up tweets, Kid Mero referred Carlson as “a fuckin worm in a bowtie” with “a 3rd grade haircut” and joked about the conservative pundit calling the police for protection. He also joked that Carlson looks “like a scrubbed potato with a wig” who “my 5 year old would mop.”

Kid Mero offered his thoughts on Carlson’s neck-to-head ratio in his final tweet on the subject.

THIS DUDE INVENTED THE CHINNECK WHERE UR LACK OF A CHIN CREATES THE ILLUSION OF A SMOOTH TRANSITION FROM HEAD TO NECK. NOTICE THE TIGHT ASS VAN HEUSEN SHIRT STRUGGLING TO HOLD BACK THOSE JOWLS AND CREATE THE ILLUSION OF A NECK https://t.co/OZwJ3b59Z1

“Chris Hayes is what every man would be if feminists ever achieved absolute power in this country: apologetic, bespectacled, and deeply, deeply concerned about global warming and the patriarchal systems that cause it,” Carlson said.

Hayes cheekily replied to the attacks by posting a workout picture of him on Instagram with the caption: “Every quarter the Feminarchist Junta requires all adult males to present themselves for a fitness inspection. Failure to pass results in summary execution.”