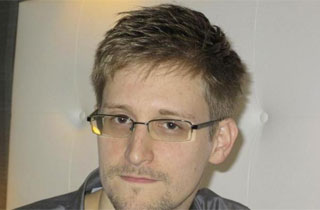 Yesterday, the National Security Agency sought to undermine Edward Snowden’s narrative — i.e., why he decided to drop the biggest intelligence leak in history — by releasing what they claimed was the lone email he sent them regarding any national security concerns. In an interview with the Washington Post, Snowden called the NSA’s dump, in so many words, “incomplete”.

“Today’s strangely tailored and incomplete leak only shows the NSA feels it has something to hide,” he stated.

According to Snowden, the release “does not include my correspondence with the Signals Intelligence Directorate’s Office of Compliance, which believed that a classified executive order could take precedence over an act of Congress, contradicting what was just published,” he wrote to the Post. “It also did not include concerns about how indefensible collection activities – such as breaking into the back-haul communications of major US internet companies – are sometimes concealed under E.O. 12333 to avoid Congressional reporting requirements and regulations.”

He also argued that most of his complaints to the NSA were verbal, rather than written via email, and suggested that the White House interview his former colleagues to see whether Snowden did, in fact, raise concerns about mass surveillance programs. “It will not take long to receive an answer,” he noted.

Ultimately, though, Snowden claims that the question of whether he officially voiced concerns about the NSA’s programs is immaterial:

That’s because the system is designed to ensure that even the most valid concerns are suppressed and ignored, not acted upon. The fact that two powerful Democratic Senators – Ron Wyden and Mark Udall – knew of mass surveillance that they believed was abusive and felt constrained to do anything about it underscores how futile such internal action is — and will remain — until these processes are reformed.

Still, the fact is that I did raise such concerns both verbally and in writing, and on multiple, continuing occasions – as I have always said, and as NSA has always denied.