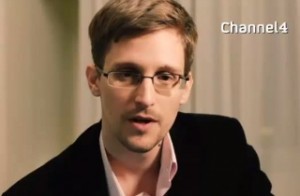 Edward Snowden held a live Q&A on Thursday, and took on recent NSA news, his reactions to what President Obama has said publicly about the NSA, and how much security he believes is appropriate for the government to control. Snowden spoke of the need to protect people like him who want to report wrongdoing in places like the NSA, saying if there had been “a real process in place” to do so before he went public, “I might not have had to sacrifice so much to do what at this point even the President seems to agree needed to be done.”

The Q&A started out with a question about the damaging effects NSA surveillance has had on American civil liberties.

Q: @savagejen Do you think it is possible for our democracy to recover from the damage NSA spying has done to our liberties? #AskSnowden

A: Yes. What makes our country strong is our system of values, not a snapshot of the structure of our agencies or the framework of our laws. We can correct the laws, restrain the overreach of agencies, and hold the senior officials responsible for abusive programs to account.

Obama said in his big NSA speech last week that the NSA has not abused its authority, but Snowden said that is simply not the case.

Even if we accept the NSA’s incredibly narrow definition of abuse, which is “someone actually broke the rules so badly we had to investigate them for it,” we’ve seen more instances of identified, intentional abuse than we have seen instances where this unconstitutional mass phone surveillance stopped any kind of terrorist plot at all — even something less than an attack.

To back that up with the government’s own numbers, according to the NSA Inspector General, we’ve seen at least 12 specific, intentional cases of “abuse” by the NSA.

CNN anchor Jake Tapper managed to get a question answered about under what conditions he would return to the United States.

Returning to the US, I think, is the best resolution for the government, the public, and myself, but it’s unfortunately not possible in the face of current whistleblower protection laws, which through a failure in law did not cover national security contractors like myself.

The hundred-year old law under which I’ve been charged, which was never intended to be used against people working in the public interest, and forbids a public interest defense. This is especially frustrating, because it means there’s no chance to have a fair trial, and no way I can come home and make my case to a jury.

Snowden has been very outspoken about his desire to rein in the NSA, and so one of the questions he got was exactly how much spying should be allowed.

Q: @RagBagUSA #AskSnowden what (in your opinion) is the appropriate extent of US national security apparatus? Surely some spying is needed?

A: Not all spying is bad. The biggest problem we face right now is the new technique of indiscriminate mass surveillance, where governments are seizing billions and billions and billions of innocents’ communication every single day. This is done not because it’s necessary — after all, these programs are unprecedented in US history, and were begun in response to a threat that kills fewer Americans every year than bathtub falls and police officers — but because new technologies make it easy and cheap.

Snowden also pushed back against a report that he “used login credentials and passwords provided unwittingly by colleagues” to access classified NSA files.

Q: @MichaelHargrov1 #AskSnowden Was the privacy of your co-workers considered while you were stealing their log-in and password information?

A: With all due respect to Mark Hosenball, the Reuters report that put this out there was simply wrong. I never stole any passwords, nor did I trick an army of co-workers.

Snowden recently spoke out in an interview with The New Yorker in which he took the media to task for “abdicating their responsibility” in holding powerful people to account.