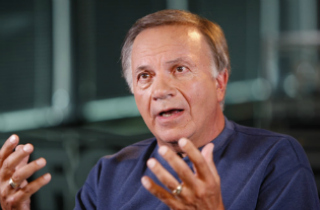 When you think of former Republican Congressman Tom Tancredo, what do you recall? Likely his staunch anti-immigration activism, his over-the-top warhawking, and his failed 2008 presidential bid. But now you can add an incredibly surprising line to that resumé: legal marijuana advocate.

In an opinion column for The Gazette, Tancredo outlined why he is in favor of Colorado’s Amendment 64 to legalize marijuana and regulate it like alcohol:

I am endorsing Amendment 64 not despite my conservative beliefs, but because of them. Throughout my career in public policy and in public office, I have fought to reform or eliminate wasteful and ineffective government programs. There is no government program or policy I can think of that has failed in such a unique way as marijuana prohibition.

If only the Republican Party would take note. Being against wasteful spending is indeed a noble crusade, but conservatives too often fall prey to hypocritically advocating for wasteful spending when it comes to their pet causes like war, national defense, and fighting “vices” like adult prostitution, gambling, and… drugs.

Tancredo also acknowledged the facts about marijuana not being as harmful as the drug warriors like to pretend:

Our nation is spending tens of billions of dollars annually in an attempt to prohibit adults from using a substance objectively less harmful than alcohol.

And nodded to the fact that the black market created by drug prohibition is more dangerous than the drugs themselves:

Yet marijuana is still widely available in our society. We are not preventing its use; we are merely ensuring that all of the profits from the sale of marijuana (outside the medical marijuana system) flow to the criminal underground.

[…] [B]y keeping marijuana illegal for the last 75 years, we have created a black market that helps fuel some of the most dangerous terrorist organizations in the world. These narcoterrorists, who have operatives spread throughout the U.S., are wreaking havoc on our southern borders and are a menace to American businesses with operations in Mexico and South America.

[Legalization] would take the marijuana business out of the hands of the drug cartels, by regulating and taxing marijuana in a similar manner to alcohol. It would allow adults 21 and older to possess a limited amount of marijuana and to purchase marijuana at stores licensed by the state.

The controversial politician also applied a familiar conservative trope to the drug war: “Marijuana prohibition is perhaps the oldest and most persistent nanny-state law we have in the U.S.”

Tony Ryan, a board member of Law Enforcement Against Prohibition and a 36-year veteran of the Denver police, couldn’t be more pleased with Tancredo’s remarks. He tells Mediaite that “Tancredo’s endorsement goes to show that marijuana reform is a trans-partisan issue because cops like me want to end prohibition because of the violence it causes; progressives are concerned with the racially disproportionate enforcement of marijuana laws; and conservatives are sick of big government telling people what to do.”

“Even though we all come from different perspectives, we all agree it is time to legalize and regulate marijuana,” Ryan concludes.

As a committed libertarian and someone who has long thought Tancredo to be the embodiment of all that’s wrong with the political right, I never thought I would say this, but here it goes: If only more conservatives were like Tom Tancredo.

Perhaps now that even the staunchest of conservatives like Tancredo and televangelist Pat Robertson favor legalization, we can have that “trans-partisan” conversation about ending the madness that is the war on drugs.