Steve King, Who a Month Ago Said ‘Diversity Is Not Our Strength,’ Tweets Out MLK Quote

Steve King, Who a Month Ago Said ‘Diversity Is Not Our Strength,’ Tweets Out MLK Quote 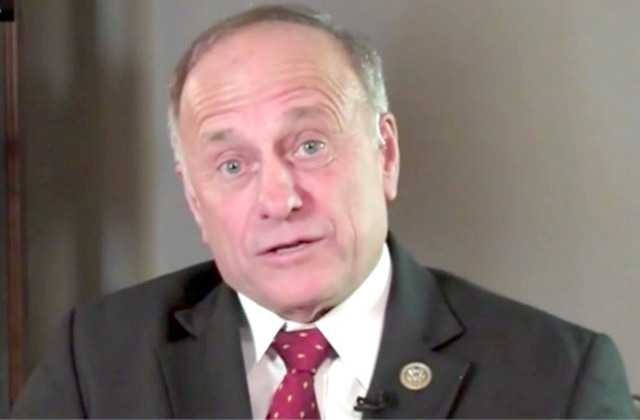 This morning, one of the most outspoken immigration hawks in Washington decided to take to his Twitter account to send out a quote from Dr. Martin Luther King Jr. With today being MLK Day, Rep. Steve King (R-IA) tweeted out a short passage from Dr. King’s final speech:

Of course, King quoting the biggest civil rights icon and leader in American history seems more than just a bit ironic considering that it was just a month ago when Rep. King tweeted out a quote from the Hungarian prime minister stating that “mixing cultures” will not lead to a better life, adding his own opinion that “diversity is not our strength.”

Diversity is not our strength. Hungarian Prime Minister Victor Orban, “Mixing cultures will not lead to a higher quality of life but a lower one.” https://t.co/ZlMXzcc87w

The Iowa lawmaker’s ultra-conservative views on immigration and the quasi-racist statements he’s made in the past were not lost on the Twittersphere. Below are some of the most notable reactions to the Republican congressman’s tweet:

As @SteveKingIA tweets out MLK quotes, a reminder that he is a white supremacist. pic.twitter.com/Ff7r3INKRc

.@SteveKingIA, you realize that in this analogy you are Pharaoh, right?#CornHitler

Here is a perfect example of a GOP politician trying to pimp MLK. This man would despise EVERYTHING he stood for. Steve King, don’t ever quote MLK again https://t.co/w5gFDFZj4M

Every single day Steve King has that Confederate flag on his desk is/was dishonoring the history of his own state and the tens of thousands of people who died in defense of the union.

One month ago you tweeted “diversity is not our strength.”https://t.co/OnBWHpYTeX