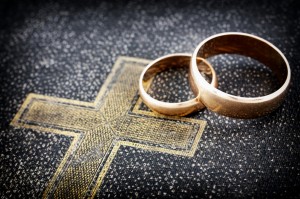 That a married couple who identifies themselves as Christian would oppose same-sex marriage should come as no surprise, especially in Australia. However, what makes Nick and Sarah Jensen‘s protest unique is what they plan to do if the country ever decides to amend the constitution.

Simply put, the happily married couple is threatening to divorce if Australia passes any same-sex legislation later this year:

Jensen told Fairfax Media that he and his wife entered into their marriage “as a fundamental order of creation, part of God’s intimate story for human history, man and woman, for the sake of children, faithful and for life”.

Under Tony Abbott, the county’s conservative prime minister since 2013, the current government has worked to bar legislation rendering same-sex marriage possible. Since Ireland’s game-changing popular vote in May, however, Australia and other countries around the world are beginning to rethink their positions on promoting and passing pro-LGBT amendments.

Still, it’s interesting that the Jensens — who describe any attempt to allow gay marriage as undermining “our most sacred institution, and [having] serious consequences for children who would grow up without a mother or father” — are technically threatening to do just that with their divorce. As the Sydney Morning Herald points, the couple has (and wants to have more) kids, yet their threatened split could do to them what they think allowing same-sex marriage will do to all children of such unions.