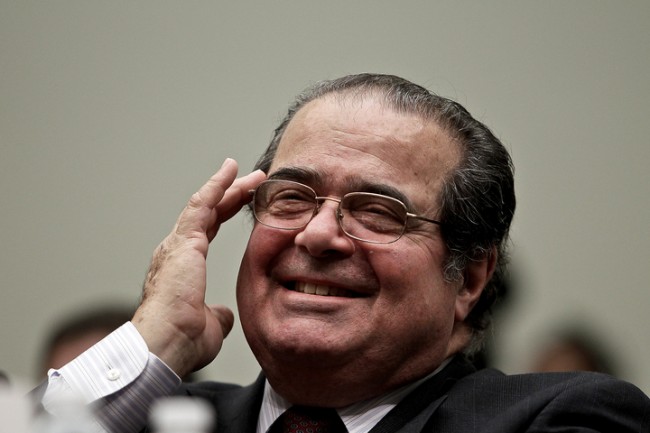 On Wednesday the Supreme Court of the United States heard Fisher v. University of Texas, the case surrounding the University of Texas’ affirmative action program regarding on-campus admissions. During an argument framed against affirmative action, Supreme Court Justice Antonin Scalia argued essentially that African-American kids are often forced into levels of higher education that they would not otherwise be adequately prepared for, as per a source familiar with the proceedings.

Justice Scalia said of the situation, “Most of the black scientists in this country do not come from the most advanced schools.”

He went on to note that, “[Black students are] being pushed into schools that are too advanced for them, ” citing a level of comfort that these students may have if placed at institutions less advanced.

The commentary from Justice Scalia left many in the courtroom uncomfortable. Our source indicated that Justice Scalia distinguished “really competent blacks” as those capable of attending the most competitive schools and excelling there.

The challenger in the case, Abigail Fisher, is a white student who was denied admission into the University and has lobbied a case against the school, claiming that their policy of pursuing a percentage of race-based admissions is unconstitutional.

Update — Dec. 9, 2:55 p.m. ET: A source familiar with the situation has clarified that Justice Scalia’s comments were referencing other cases, summarizing arguments that have been made elsewhere. Initial reports from the courtroom indicated that the original commentary was unique to Justice Scalia, and spoken as in-the-moment responses. We will update this post as more information becomes available.