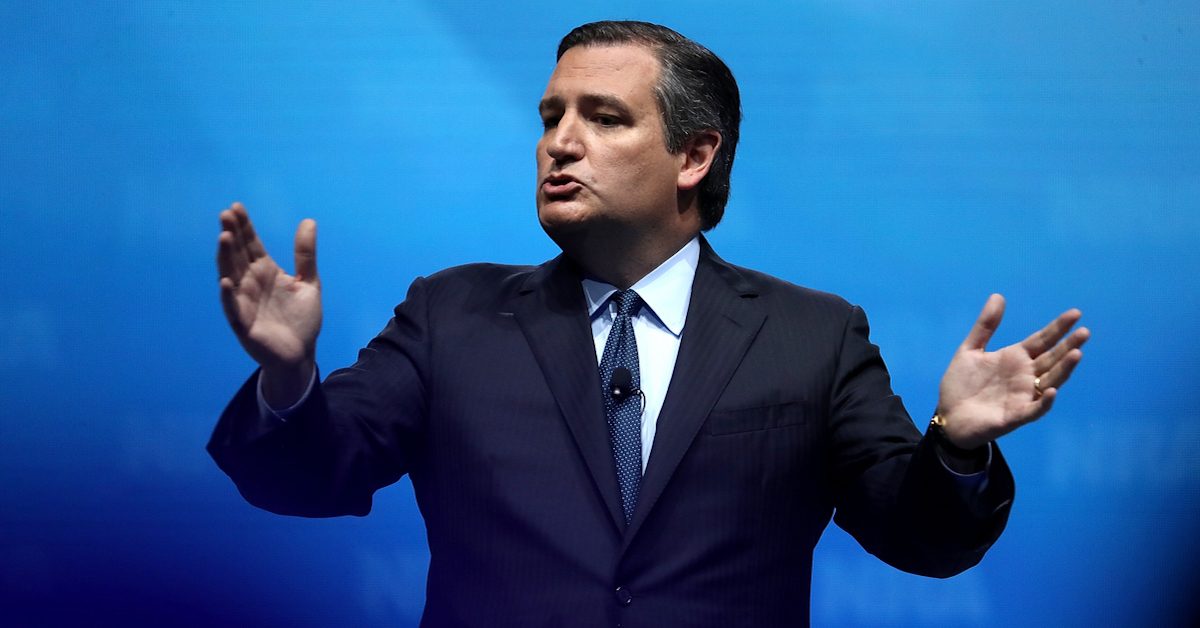 According to the Texas senator, his Twitter moments are filled with leftists making fun of him.

Hey @jack how come Twitter’s “moment” quotes all the snarky leftists making fun of my comments, but doesn’t include my tweets in response explaining the real point that NATIONS like China have already developed & tested weapons to destroy satellites? https://t.co/dwkM5ndXj3

As proof of his claim, Cruz included the Twitter moment centered around his comments during a Congressional hearing this week.

During that hearing, Cruz suggested a space force is needed to defend the country against “pirates.”

“Since the ancient Greeks first put to sea, nations have recognized the necessity of naval forces and maintaining a superior capability to protect waterborne travel and commerce from bad actors,” Cruz said.

He added: “Pirates threaten the open seas, and the same is possible in space. In this same way, I believe we too must now recognize the necessity of a space force to defend the nation and to protect space commerce and civil space exploration.”

Indeed, people did slop some snark at Cruz — the chairman of the subcommittee on aviation and space subcommittee — in wake of his space force remarks.

Is there video or transcript of this somewhere? I have *got* to see the context for this.

who wants to join my CELESTIAL PIRATE BAND https://t.co/BAtAEODM2r

Senator Ted Cruz thinks those of us concerned about climate change are alarmist, but he’s adamant that the nation invest in protection against space pirates https://t.co/aq1VL1kHhs

"Pirates threaten the open seas, and the same is possible in space" is a direct quote

Yet, it is unclear how the senator somehow did not see that one coming.

The point of the senator’s tweet, though, was likely to point out Twitter’s alleged bias against conservatives, something Cruz has made a key policy issue.

The tweet also comes on the same day as the White House launched a tool to report censorship on social media, including Twitter.