The House Instates Sexist, No Sleeveless Policy for Women
Opinion

House of Representatives Establishes Sexist, No Sleeveless Policy for Women 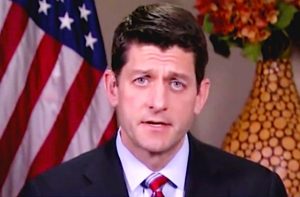 Over the past few months, the House of Representatives under Speaker Paul Ryan has made multiple moves to eliminate funding for Planned Parenthood and obstruct women’s ability to control their bodies, so the emergence of a new internal policy that really drives home the message that old Christian Republican men see women as objects shouldn’t be too surprising.

According to new reports, a young, unnamed female reporter was barred from entering the Speaker’s lobby, which is a room outside of the House chamber where journalists generally ask legislators questions, only to be turned away and told the sleeveless dress she was wearing “was considered inappropriate because her shoulders weren’t covered.”

According to the report by CBS, the young woman “ripped out pages from her notebook and stuffed them into her dress’s shoulder openings to create sleeves,” but was turned away nonetheless. As of May, at least three other female reporters have also reported being warned or turned away for wearing sleeveless blouses or dresses.

Last summer at the Republican National Convention, another female reporter was lectured by a convention staffer for her sleeveless attire, as well.

Can confirm I was warned the next time I would be removed https://t.co/M0BTcFYchO

The same report alleges that this new and apparently very strict policy was coined by Speaker Ryan. The only written rule is that women should wear “appropriate attire,” and what constitutes “appropriate attire” for women is reportedly up to Ryan’s discretion.

Some have countered the report with claims that this has been the policy “for decades,” but in either case, it appears that the policy has only begun being strictly enforced recently.

Jezebel has pointed out that as “outmoded,” as the policing of women’s bodies and disgust with their shoulders and arms may seem, “then it’s worth a reminder that it’s perfectly in keeping with the concerns of the modern Republican party.”

Vice President Mike Pence has previously very proudly stated that he doesn’t ever dine alone with women other than his wife, apparently perceiving all women as sexual creatures there to seduce him, so it’s no surprise that Ryan and House Republicans are so desperately concerned with regulating women’s attire.

After all, if Republicans viewed women as human beings and not just burdensome distractions, maybe they’d stop trying to keep women from reproductive health care, or stop standing in the way of workplace equality.

It’s important to remember that at the very core of Republicans’ opposition to women having access to contraception and abortion is there disdain with unmarried women having sex, and conservative obsession with female purity, which has become a cornerstone of their modern party ideology. Their House Speaker’s strict dress code or women is annoying and disrespectful, but it’s hardly surprising.