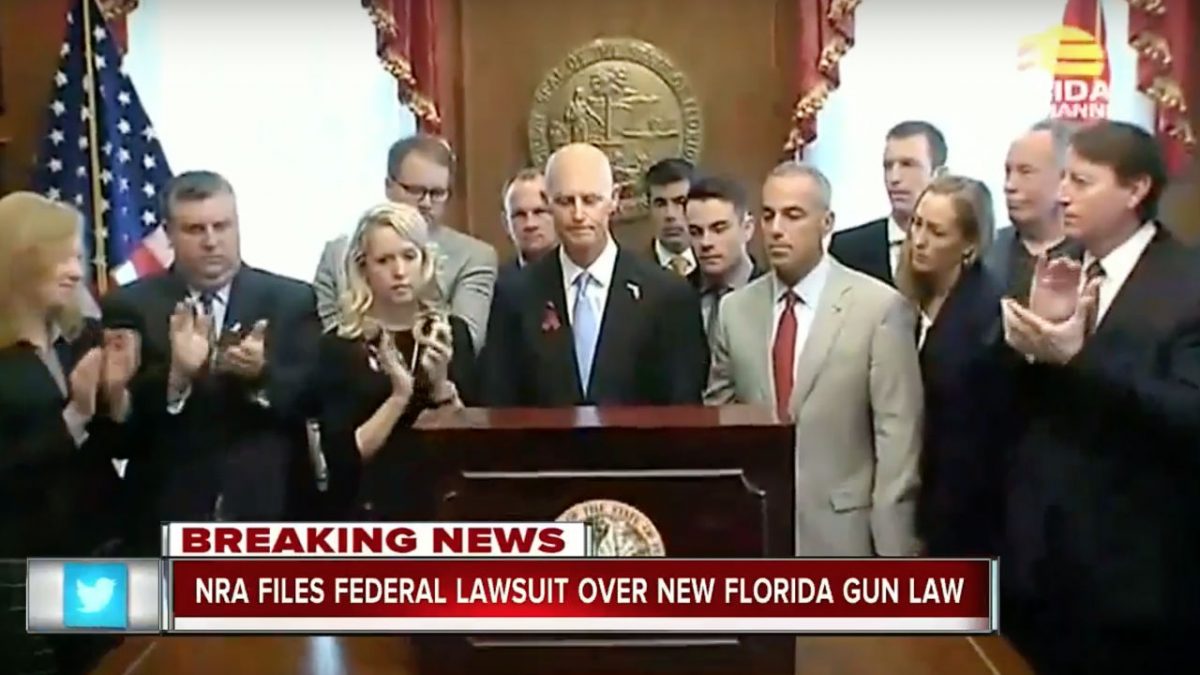 Among the many things the new law does is raise the age someone can purchase a firearm at to 21, though with some exceptions.

The NRA responded in a statement saying, in part:

The National Rifle Association expressed disappointment regarding the gun-control provisions contained in a bill that was signed into law today in Florida. The new law strips law-abiding adults aged 18-20 of their Second Amendment right to self-protection and imposes unnecessary delays on all firearm purchases.

“This bill punishes law-abiding gun owners for the criminal acts of a deranged individual,” said Chris W. Cox, executive director, National Rifle Association Institute for Legislative Action. “Securing our schools and protecting the constitutional rights of Americans are not mutually exclusive. Instead of looking to the root cause of this premeditated violence, the gun control provisions in this law wrongly blame millions of Floridians who safely and responsibly exercise their right to self-defense.”

Well, now the National Rifle Association is suing. Per the AP, NRA lawyers are seeking to “block the new age restriction from taking effect.”