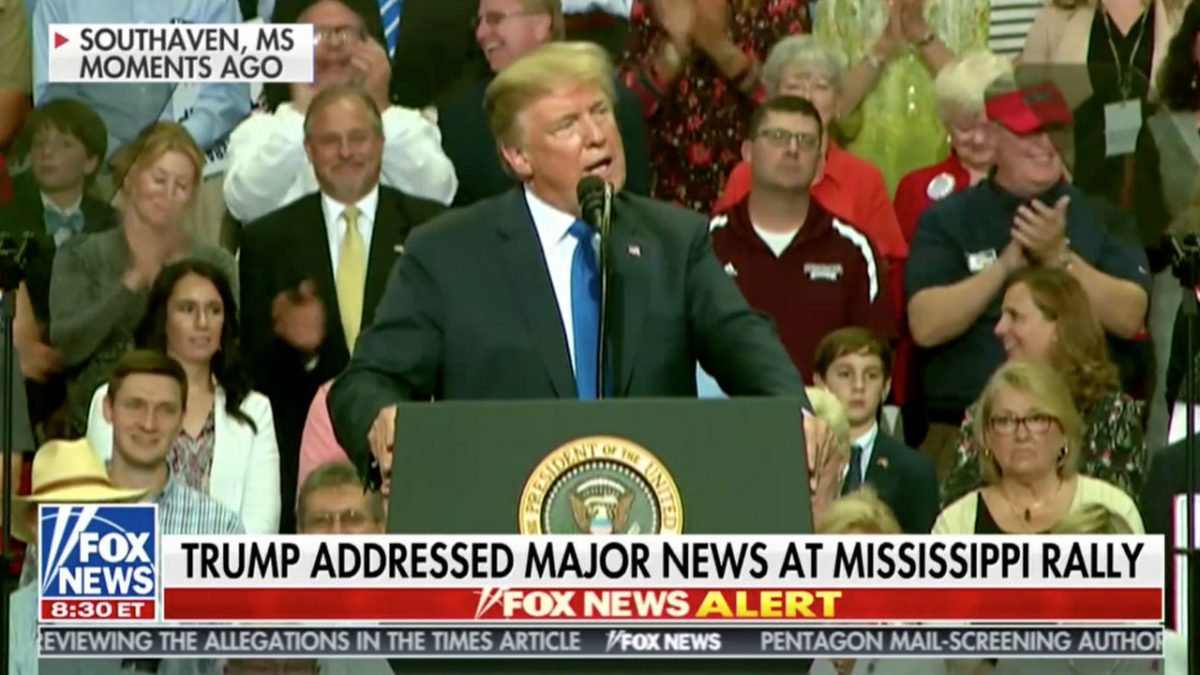 Truly, the only surprise is it took Trump this long to lash out at Ford.

Trump just stood mocking Dr Ford at a rally. Mocked her every word. THIS is why sexual assault victims do NOT come forward. What an absolute disgraceful display from anyone let alone a president.

This is disgusting, @realdonaldtrump — but we're not surprised. #BelieveSurvivors https://t.co/nKRTYgTH6T

Hey @IvankaTrump, before you tweet your next self-congratulatory tweet about something you've done for women, remember: YOU ARE RESPONSIBLE for this. Your normalized this monster. This is on you. https://t.co/FZFJ52KeNQ

So the president is mocking Dr. Ford and the crowd is cheering and laughing. America what have we become? https://t.co/0dXnQxDOGR

My heat breaks as I think of the message this man is sending to the young men and women of America. Absolutely mortifying. https://t.co/KM9unsg4t4

It’s the roaring cheers that really make this horrifying https://t.co/jFP5PsunHE

Stunning. What message does this send to women across America who were victims of sexual misconduct and fear speaking out? https://t.co/talNNifh5Y

Wow so it only four days after calling her “credible” for Trump to pivot and now mock Dr. Ford’s account of how she was sexually assaulted by Judge Brett Kavanaugh https://t.co/OfPxQLckZS

If you support Kavanaugh, tell me how this is helpful. https://t.co/dznlszmvcC

And, of course, there’s this reminder:

A vicious, vile and soulless attack on Dr. Christine Blasey Ford. Is it any wonder that she was terrified to come forward, and that other sexual assault survivors are as well? She is a remarkable profile in courage. He is a profile in cowardice. https://t.co/UJ0bGxV1EZ