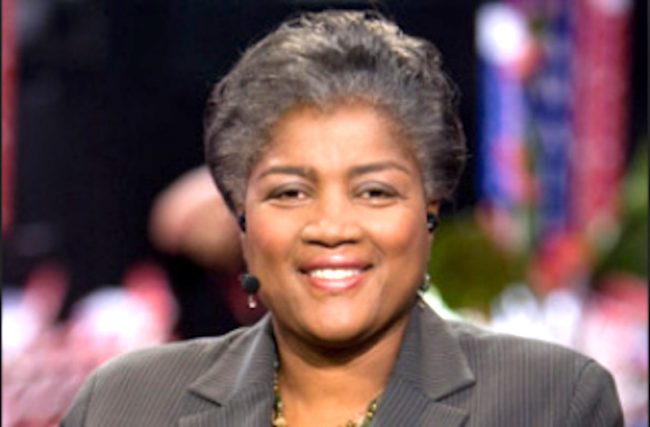 With this bombshell excerpt coming on the heels of her previous explosive allegation that Clinton “rigged” the nomination process against Bernie Sanders — an accusation that has come under scrutiny after the memo of the DNC/Hillary deal surfaced — it was a given that there would be quite a reaction.

And it would appear that many folks online weren’t buying what Brazile was selling.

So to sum up, Donna Brazile was left powerless by Clinton, but also thought she alone had the power to kick Clinton off the ticket. Got it.

Donna Brazile is one “Crooked Hillary” away from getting her own show on Fox News.

I of all people know how hard you have to hustle to sell books these days but this is nuts @donnabrazile – are you gunning for Fox News gig? https://t.co/kWHEsMPwU9

Donna Brazile: “I almost moved Election Day to Christmas, but the chemtrails told me not to.”

This is a little startling. Do party chairs have the authority to summarily replace presidential nominees?https://t.co/URUTIiVZDM

Is Donna Brazile is hell bent on destroying all respect for the DNC? https://t.co/oKogSDajIG

The Donna Brazile "Actually, I Have Amazing Political Instincts, And This is Definitely Not Revisionism" Power Hour is a lot of fun. pic.twitter.com/kKqBxhNen4

It’s still the case that the clearest act of anti-Bernie primary season malfeasance was actually committed by Donna Brazile.

Donna Brazile also advised Hillary in 2009 not to set up a private server and in 2013 not to give those damn bank speeches.

The Donna Brazile-Carter Page political talk show for CNN is gonna be so lit.

In Donna Brazile's next book she needs to reveal the DNC's secret Donna Brazile Gets To Choose The Nominee agreement.

Breaking: Donna Brazile warned Motorola that iPhone was totally going to be a thing.

I don’t follow. @donnabrazile, you were gonna unilaterally choose the nominee to replace Clinton? https://t.co/0jtfEBPYnX

I think the big story out of Donna Brazile’s book is she is insane.

What the hell is Donna Brazile doing….