Twitter Has a Field Day Over Trump’s Call With 7-Year-Old About Santa: ‘You Just Can’t Make This Up’

Twitter Has a Field Day Over Trump’s Call With 7-Year-Old About Santa: ‘You Just Can’t Make This Up’ 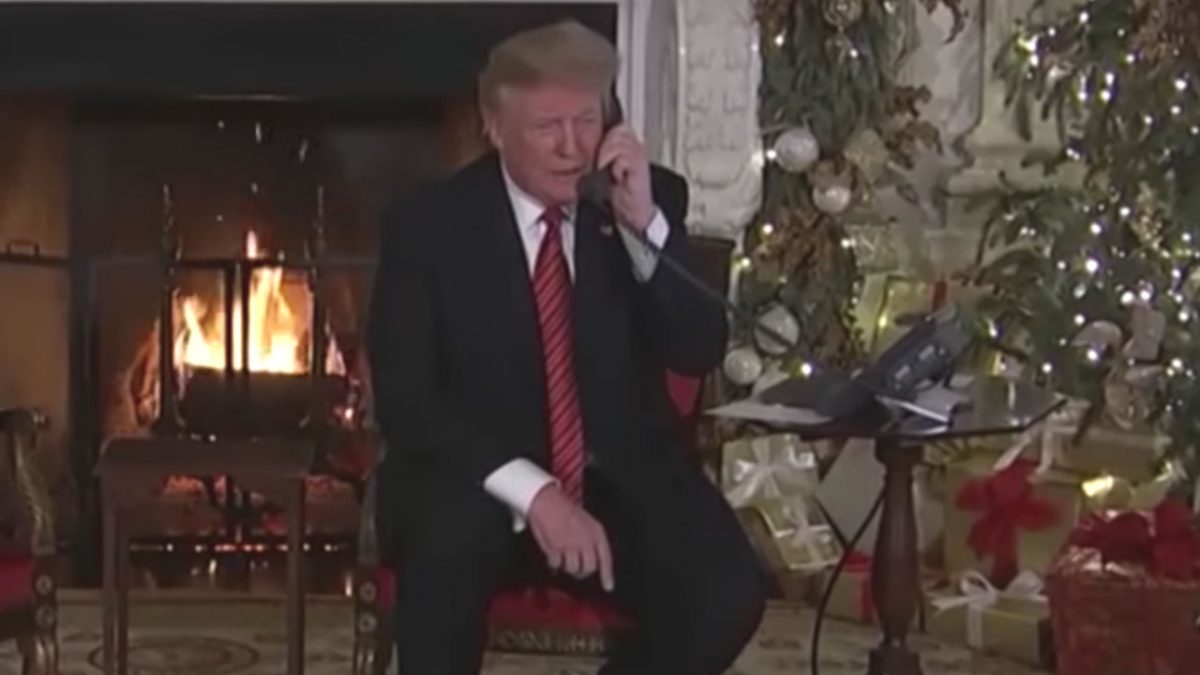 In honor of the Christmas season, President Donald Trump took calls from kids about Santa Claus, and as you’ve no doubt heard by now, he asked a 7-year-old if they still believe in Santa “because at 7 it’s marginal.”

It was a strange moment, and on Christmas eve Twitter had a field day with the President “telling it like it is” about Santa Claus:

So, I did this once to an eight-year-old, expressing disbelief that he still believed in Santa. The difference is, I was six. https://t.co/O0ZhQXnu2a

Lol it's even worse with video! ??

Trump to seven year old that called in to talk to Santa: "Are you still a believer in Santa? Because at seven it's marginal, right?"

You just can't make this up!pic.twitter.com/VaGl47Rx5Y

ARE YOU STILL A BELIEVER IN SANTA? BECAUSE AT SEVEN IT'S MARGINAL, RIGHT?!? pic.twitter.com/unktJRP7aP

Look, on the plus side, a seven-year-old kid learned the meaning of “marginal” tonight, right?

It’s just too freaking fantastic that Trump spent his Christmas Eve calling seven year olds and telling them believing in Santa at their age is “marginal”. https://t.co/rcUi7ydtro

When I was 7, I made it a point to go around and tell the other kids Santa wasn't real; I'm sure whoever Trump was talking to is aware of the controversy.

Cannot wait for the New York Times to interview seven-year-olds in Rust Belt diners who are sticking with Trump.

WHERE IS YOUR GOD NOW and merry Christmas

In a surprise move tonight, President Trump, after ending the war on Christmas, launched a fresh blitzkreig on Christmas that left small children in retreat https://t.co/epbovrRZIU

Are you still a believer in Trump? Because at seven it’s marginal, right?

ARE YOU STILL A BELIEVER IN SANTA? pic.twitter.com/kINq0cWNTp

Donald Trump asking a 7-year-old if they still believe in Santa is to Christmas as Steven Mnuchin is randomly reassuring us that banks aren’t in a liquidity crisis. https://t.co/gjDdqFOA6b

synthesis: it was darkly comedic and bizarre https://t.co/iOwRuXgpLv

For once he tried to tell the truth and everybody is still mad at him. https://t.co/MQ7i8sM6y9