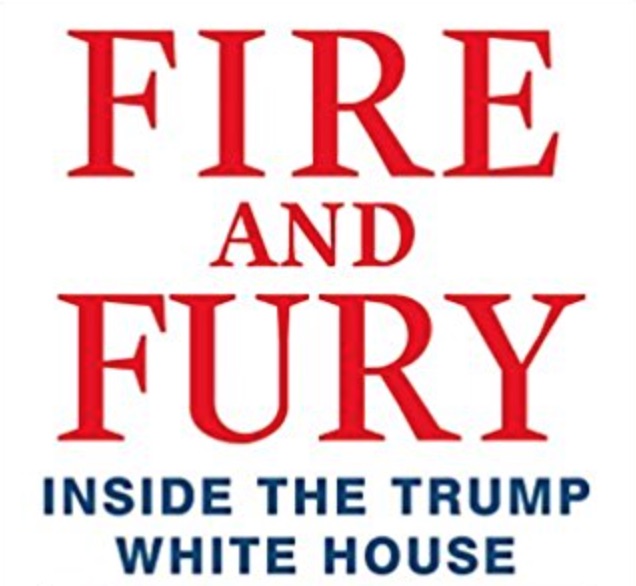 Since excerpts of Michael Wolff‘s controversial tell-all Fire and Fury: Inside the Trump White House have been circulating, many of the wild details have been disputed by the Trump administration and individuals in the media.

However, a fake excerpt from the book has gone viral. And it’s pretty hysterical.

Wow, this extract from Wolff’s book is a shocking insight into Trump’s mind: pic.twitter.com/1ZecclggSa

The completely fictional, non-existent portion of Wolff’s book shares details of President Trump’s rough adjustment to the White House and how upset he was to find out that he no longer had access to the “Gorilla Channel.”

Well, despite being fake, Twitter still had tons of fun.

Just in case it isn’t clear, this is a fake extract, so now your questions have all been answered :)

If anyone can write, leave alone believe, that President Trump would spend 17 hours straight watching gorillas fighting on tv, (as this Book extract claims) then that personal is a fool or mad or both. Trump may be childish but this claim is practically impossible

Some found humor at how believable the “excerpt” is.

I’m dying laughing at how many people aren’t sure if this is a real excerpt from the Wolff book or not https://t.co/e6wOJ2zUZB

I’m laughing so hard because it’s so plausible https://t.co/WZIyhhf5EE

The fucking insane thing about this is that you really didn’t fly too close to the sun until that final paragraph. The first two actually come across as totally believable.

I read it three times before I realized it was a joke. It was completely believable until the part about him getting real close and talking to the gorillas. Before that…why not????

Unfortunately, I can imagine this being true. We’re down the rabbit hole, as others have said.

Others expressed their desire for an actual Gorilla Channel.

I love how this makes fun of Trumpland and also its beyond-gullible critics. Also, I want a gorilla channel for real. https://t.co/6HwPZKsW4X

I too would watch the Gorilla Channel https://t.co/cZGThXwsvJ